Researchers: Lab mice anxiety toward males may have skewed years' worth of studies 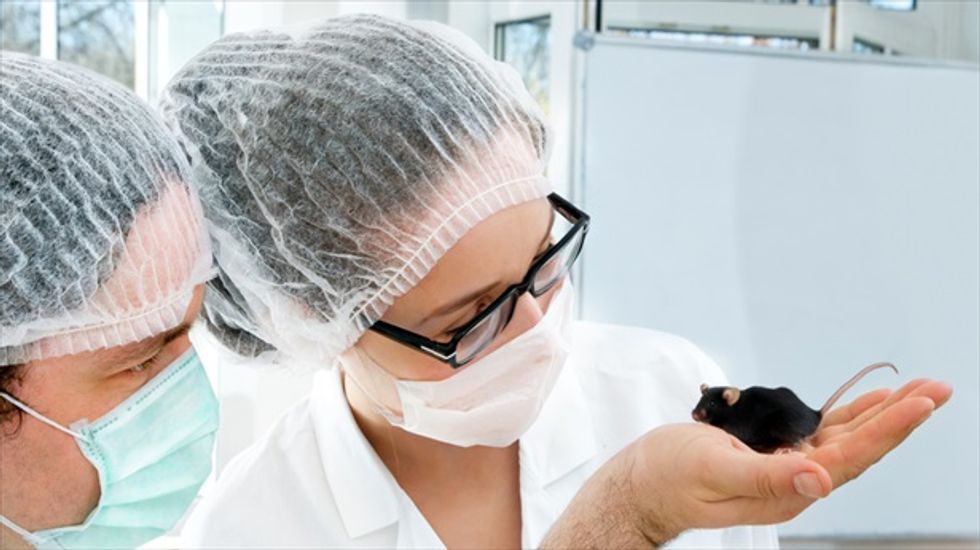 Researchers at McGill University in Montreal, Canada released a study Monday suggesting that an untold number of experiments involving lab mice were potentially compromised because of a disparity in the animals' reactions to men and women involved.

"People have not paid attention to this in the entire history of scientific research of animals," team leader Jeffrey Mogil told The Verge. "I think that it may have confounded, to whatever degree, some very large subset of existing research."

The study, published in the journal Nature Methods, found that when the animals were exposed to men during experiments, they exhibited signs of pain reduction associated with increased stress levels, as well as body temperature increases.

According to Mogil's team, the increased anxiety can be tied to territorial behavior regarding other males. The mice had similar reactions when exposed to the smell of males from other species like dogs, cats, and guinea pigs. The effects also manifested when the mice were exposed to t-shirts worn by male and female researchers.

The study also found that the effects diminished over time, while cautioning future tests involving mice to account for the gender of those conducting a given experiment in their results.

"Scientists whisper to each other at conferences that their rodent research subjects appear to be aware of their presence, and that this might affect the results of experiments," Mogil told NBC News. "But this has never been directly demonstrated until now."