Rev. Al Sharpton: I never considered myself an FBI informant 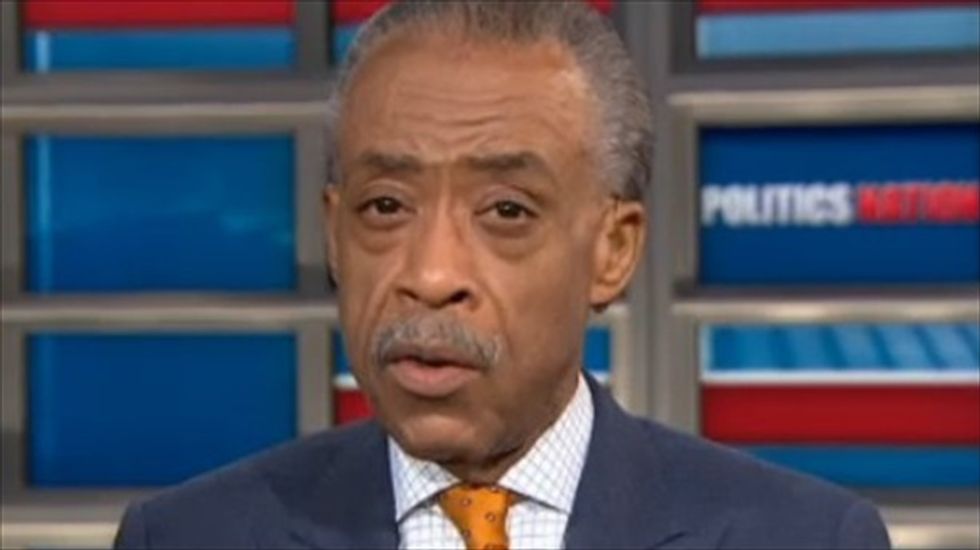 MSNBC host Rev. Al Sharpton suggested on Tuesday that reports that he served as an informant for the Federal Bureau of Investigation (FBI) have been overblown.

"I did the right thing -- working with authorities," Sharpton said in a closing commentary. "I didn't consider myself, quote, 'an informant,' wasn't told I was that."

Sharpton said he initiated contact with the bureau after getting threatened in 1984 over his demand that Black promoters be included in a national tour by singer Michael Jackson and his family.

"My life was threatened by people who claimed to be mobsters," Sharpton explained. "The guy who called himself 'Sal' actually flew to New York from [Los Angeles], and said that if I didn't stop interfering, they would kill me."

Earlier in the day, the Smoking Gun reported that Sharpton was known to bureau officials as "CI-7" as part of a lengthy investigation into the criminal activities of the Genovese family. Sharpton is credited with helping "secure court authorization" for authorities to tap more than a dozen phone lines and plant bugs in two social clubs and three cars owned by members of the organization.

The Associated Press reported that the report has led to criticism against Sharpton as his civic advocacy group, the National Action Network, prepared to host a visit from President Barack Obama. But at both a press conference and on his show, Sharpton said his involvement was detailed in his 1996 autobiography, Go and Tell Pharaoh.

He also criticized what he described as resentment within the African-American community for "snitches," which perhaps peaked with the "Stop Snitching" campaign.

"We can't have kids feel as though there's something wrong with helping the police keep communities safe, and getting guns out of the neighborhood," Sharpton said. "I've certainly had my differences with police, and still question them. But we must live in a country where people can call law enforcement and not be castigated."

Watch Sharpton's commentary, as aired on MSNBC on Tuesday, below.