S.E. Cupp thinks young people like selfies because they don't trust the government 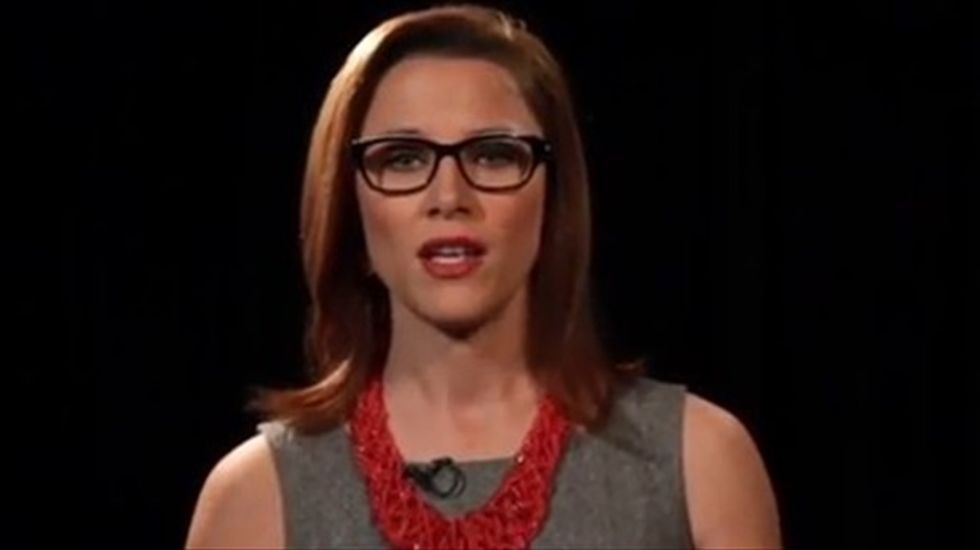 CNN host S.E. Cupp made the case for the "selfie" in a video released on Monday, saying they were an expression of youthful mistrust of government.

"If you think about it, millenials grew up at a time where they saw the government lead us into a housing boom and bust, lead us into two really expensive wars, saw an economy collapse," Cupp said in the video.

Cupp, one of the conservative commentators on Crossfire, did not mention that the Iraq and Afghanistan conflicts and the economic decline began during Republican George W. Bush's presidency.

"They saw the government try -- and so far fail -- to deliver a really good health care system," she continued, not mentioning that more than 7 million people have signed up for health insurance under the Affordable Care Act, implemented by Democratic President Barack Obama's administration.

On the other hand, Cupp argued, younger generations have looked to Facebook head Mark Zuckerberg and Google chief Sergey Brin as "their heroes" because they find ways "to solve problems on their own."

Cupp did not mention that both platforms have been criticized by users for mining their data for advertisers' benefit. Google, in particular, has come under fire in San Francisco for allegedly sowing social inequality, which has already been blamed as a factor in at least one violent encounter in the city.

"Why would a millennial say, 'Would you take my picture for me?,' when they know they can take their own picture better than anyone in the history of time?" Cupp asked. "You know what? That's the millenial attitude and I'm okay with it."

Watch the video, as released on Monday, below.