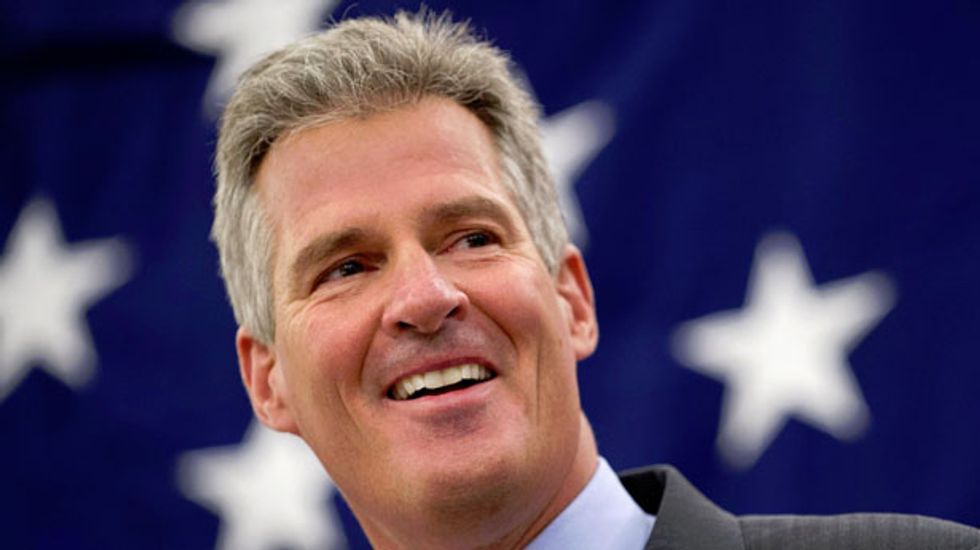 BOSTON (Reuters) - Former Massachusetts Republican Senator Scott Brown, who last month said he was exploring a run for Senate in New Hampshire, has quit his job at a Boston law firm, the firm confirmed on Thursday.

"We enjoyed having Scott as a member of our team," said Andrew Glincher, managing partner of the Boston law firm Nixon Peabody. "We wish him all the best in his future endeavors."

Brown's tentative campaign, largely focused on what he describes as the flaws in the so-called "Obamacare" healthcare reforms, has quickly drawn support from conservative groups that have run ads supporting his moves against incumbent Democratic Senator Jeanne Shaheen.

A Brown spokeswoman did not immediately respond to a request for comment though the Boston Globe quoted Brown as declining to comment on his departure.

On the national level, Republicans see Brown, who stunned the Massachusetts Democratic political establishment in 2010 when he won the Senate seat formerly held by liberal icon Edward M. Kennedy, as helping Republicans to recapture a majority in the Senate, where Democrats currently hold 53 seats and Republicans 45.

Brown was defeated in his Massachusetts 2012 reelection bid by Democrat Elizabeth Warren.

An American Research Group poll of 533 registered New Hampshire voters released after Brown on March 14 said he had begun exploring a run showed Shaheen leading the challenger, with 50 percent of respondents supporting the incumbent and 38 percent backing Brown.