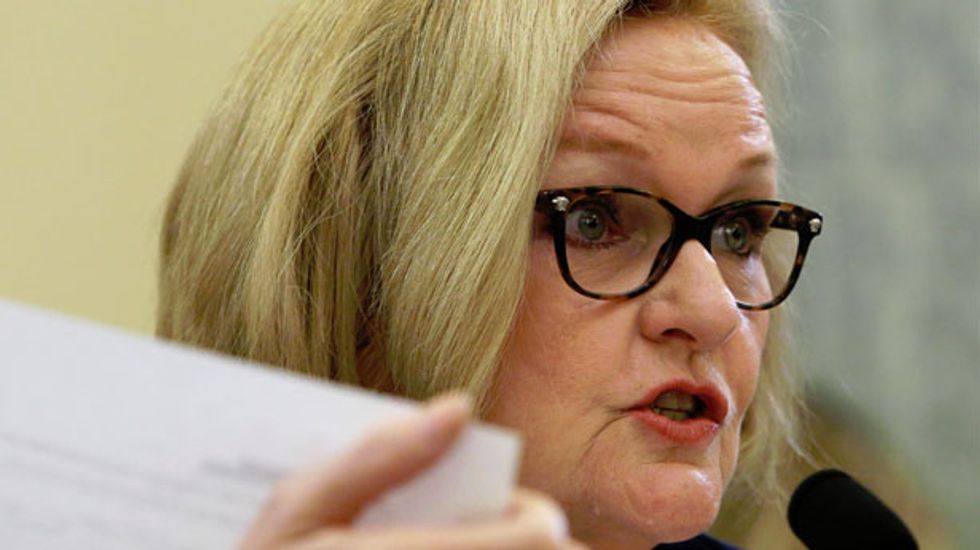 WASHINGTON (Reuters) - General Motors came under withering attack for its decade-long failure to notify the public about defective parts linked to fatal crashes, as a U.S. Senate hearing opened on Wednesday with accusations that the company fostered "a culture of cover-up."

Rebutting some of GM CEO Mary Barra's testimony to a House panel on Tuesday that GM had recently cleaned up its act, Democratic Senator Claire McCaskill, who chairs a Senate subcommittee on consumer protection and product safety, told Barra: "It might have been the Old GM that started sweeping this defect under the rug 10 years ago. Even under the New GM banner, the company waited nine months to take action after being confronted with specific evidence of this egregious violation of public trust."

House and Senate committees are investigating why it took GM more than a decade to recall 2.6 million cars that could have faulty ignition switches and may have contributed to 13 deaths.

Those switches, without warning, can make vehicle engines stall during operation and stop air bags from deploying and power steering and power brakes from operating.

McCaskill said that "a culture of cover-up" caused a GM ignition switch engineer, Ray DeGiorgio, to give untruthful testimony as part of a lawsuit related to a 2010 crash in Georgia.

"He lied" about his knowledge of the defective part, McCaskill said.

GM spokesman Jim Cain, asked about McCaskill's allegations, said: "We have pledged an unvarnished accounting of what went wrong and why, and we have promised to be transparent."