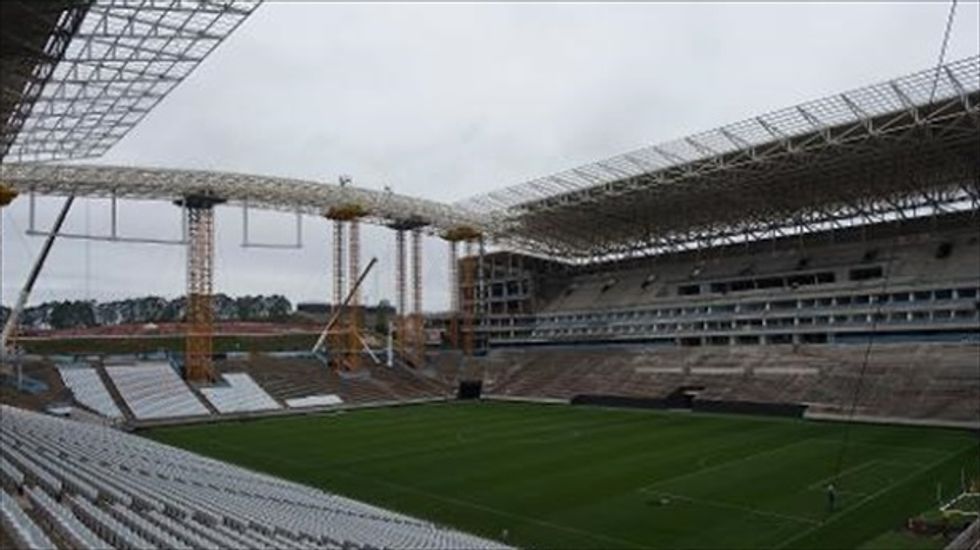 Partial view of the construction site of Itaquerao football stadium which will host the opening football match of the Brazil 2014 FIFA World Cup, in Sao Paulo, Brazil [AFP]

Construction will only resume at Sao Paulo's World Cup stadium once it is safe for workers, the Brazilian government said Tuesday, three days after a fatal accident.

Arena de Sao Paulo, which hosts the opening match of the tournament between Brazil and Croatia on June 12, had already been lagging badly behind schedule prior to the latest accident, which resulted in the third death there since work began.

"We shall only free the site (for continued work) once worker conditions are guaranteed secure," ministry of work spokesman Luiz Antonio Medeiros told Globo News.

"There are serious worker security problems."

The venue had already been the scene of two deaths in November when a crane collapsed and on Saturday another worker died after falling eight meters (26 feet) while installing temporary seating.

There have been seven deaths at Brazilian World Cup venues -- three others in the north at Manaus and another in the capital Brasilia.

"We all want to finish the job but what happened is very serious," said Medeiros, whose ministry suspended work on temporary seating at the stadium, which is owned by Corinthians club, on Monday.

Authorities have demanded that safety nets are used to protect those working high up in the arena.