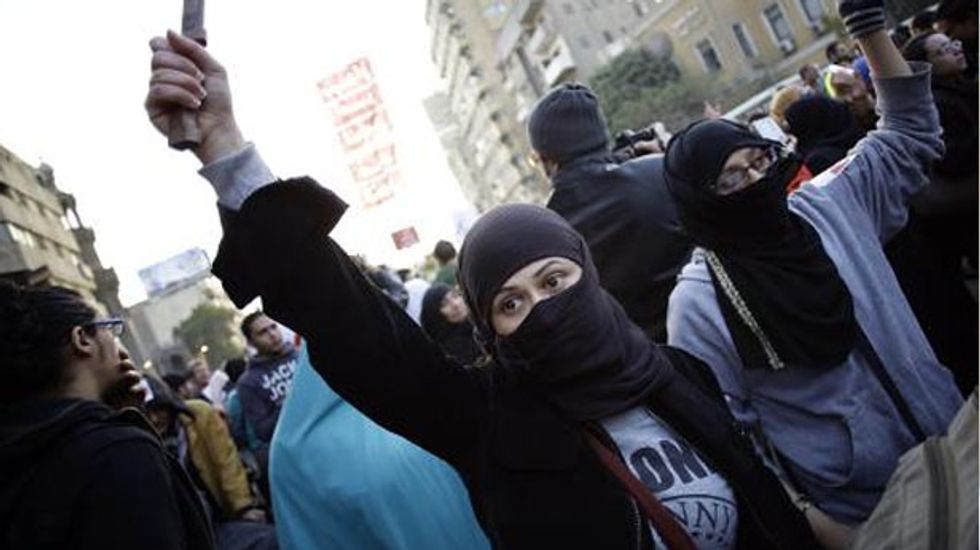 Sexual violence against women has been rife since the 2011 uprising in Egypt, where hundreds of female protesters have been the target of attack with apparent impunity, rights groups said Wednesday.

"Successive Egyptian governments have failed to address violence against women, with serious implications for women's participation in the political transition of their country," said a group of rights organisations led by FIDH, the International Federation for Human Rights.

Sexual assaults on women protesters were reported during demonstrations after the 2011 fall of Hosni Mubarak, and then under the military junta which ruled Egypt after him and again during protests against president Mohamed Morsi, they said in a report.

It said 250 cases of sexual violence against women were reported between November 2012 and January 2014, many of them in and around Cairo's iconic Tahrir Square -- the site of anti-Mubarak and anti-Morsi protests.

"Survivors and witnesses reported the same pattern: tens of men surrounded the survivors, tore off their clothes and groped their bodies," the report said.

"Some were raped by multiple perpetrators, who were often armed with sticks, blades and other weapons."

"However, as of March 2014, not a single perpetrator had yet been brought to justice," said the report, which quoted several victims on their experiences.

"The men were like lions around a dead piece of meat and their hands were all over my body and up under my destroyed clothes," said one victim who was allegedly assaulted at a protest in June 2012.

"My pants and underwear were pulled down violently and several men at the same time raped me with their fingers. Suddenly I was on the ground and the men pulled me from my hair, legs and arms while they continued raping me," said the unidentified victim.

The rights groups accused the military-installed authorities of failing to ensure effective investigations and prosecution of perpetrators.

"Comprehensive measures, taken in consultation with civil society, are needed not only to protect and promote the right of women to live free from violence, but to enable women to participate in defining Egypt's future," said Mozn Hassan, executive director of Nazra for Feminist Studies, one of the rights groups.

The report acknowledged tentative legal reform undertaken by the authorities, but charged that post-Mubarak regimes have lacked the political will to combat violence and discrimination against women.