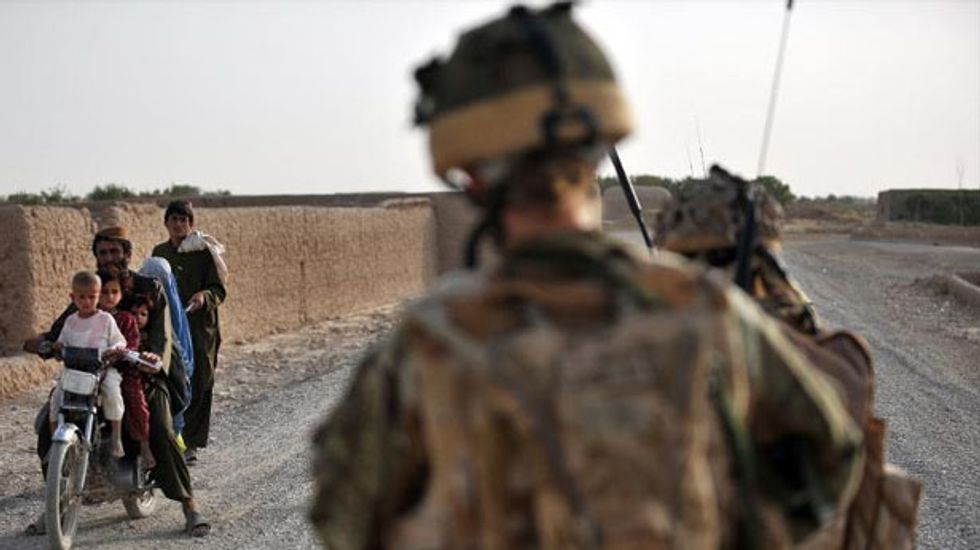 A single shot from a British sniper killed six Taliban insurgents when the bullet hit the trigger switch of a would-be suicide bomber's device, the Ministry of Defence has said.

The 20-year-old marksman, a lance corporal in the Coldstream Guards, fired the shot from 850 metres away, hitting the device which then exploded, killing the bomber and five men around him, an MoD spokesman said.

The incident took place in December in Kakaran, in southern Afghanistan's Helmand province, but has only now been disclosed as Britain prepares to withdraw all combat forces by the end of the year.

The sniper's name was not released by the MoD.

"The guy was wearing a vest. He was identified by the sniper moving down a tree line and coming up over a ditch," Slack said.

"He had a shawl on. It rose up and the sniper saw he had a machine gun.

"They were in contact and he was moving to a firing position. The sniper engaged him and the guy exploded.

"There was a pause on the radio and the sniper said, 'I think I've just shot a suicide bomber'. The rest of them were killed in the blast."