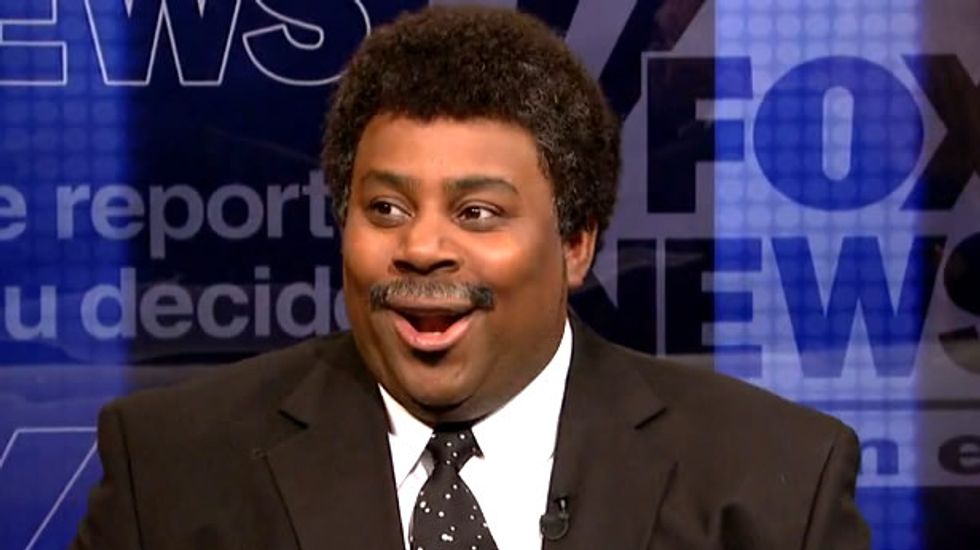 The skit began with Steve Doocy, Elisabeth Hasselbeck and Brian Kilmeade discussing how Obama "did his best to make us all sign up for Obamacare."

"It's tough to sign up for things," Kilmeade added. "I've tried for years to join the NAACP."

"Brian, why would you do that?" Hasselback asked.

"We all do," Doocy said, before changing the topic back to Obamacare. "The White House is claiming that they met their goal."

Hasselback chimed in, "Just look at our Fox News chart." 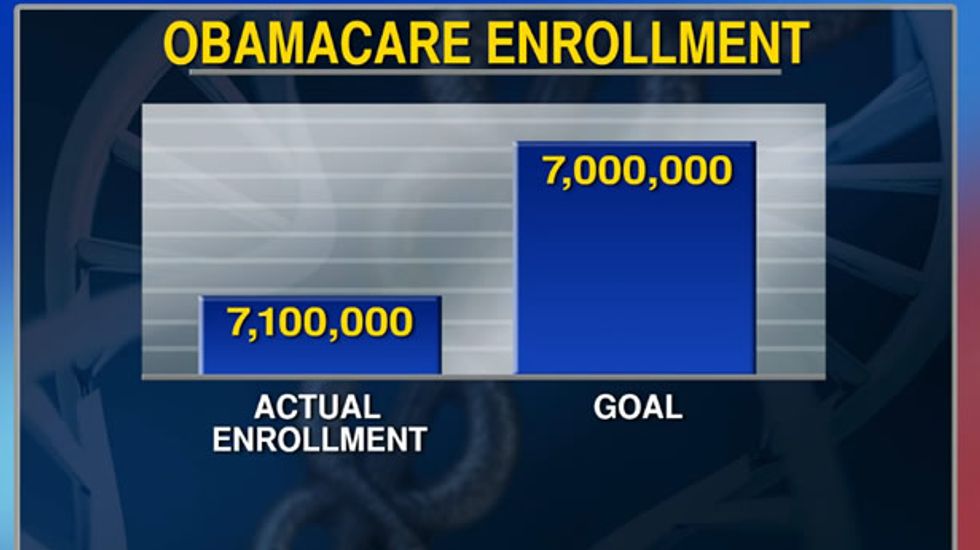 "As you can see," she continued, "Obama needed 7 million new subscribers, and he only got 7.1 million. Not anywhere close."

The trio then interviewed an "Obamacare survivor" named Betthany Ravenel, who has a serious medical condition in which, according to her, "When I drink a lot of alcohol, I just black out."

"That's just tragic," Hasselbeck said. "And I understand that Obamacare made you lose your job."

"That's right," Ravenel responded. "My boss down at the restaurant said everybody had to have healthcare, but I'm not good at computers. So, I had a few drinks, and the next thing I know, my boss found himself stabbed with a fork and I'm out of a job."

"You know," Hasselbeck said, "that website has so many bugs. My husband tried to sign up for Obamacare, and it redirected him to the most awful pornographic website. The other day I walked in on him signing up and apparently he was so appalled, that the website knocked off his pants."

The conversation then shifts to the recently released U.N. climate change report, and they bring in Cosmos host Neil DeGrasse Tyson to discuss it with them.

"And that time you bit of Evander Holyfield's ear was just amazing," Kilmeade added.

"Yeah, you're the greatest, Iron Mike!"

"Now," Doocy interrupted, "as you know, this report on climate change has a lot of wild predictions."

"This report," Tyson responded, "actually represents the consensus of a vast majority of scientists. It is an indisputable fact that the Earth is getting warmer."

"Warmer?" Doocy replied, "tell that to the polar vortex."

"I wore a jacket today," Hasselback said, "and it's April."

"I saw a documentary about a town that was always cold, because of a princess," Kilmeade added.

"Look," Tyson said, "addressing this problem should be a goal we all share. No one wants to see the extinction of the polar bears. Science allows us to understand when our philosophies are interfering with the dissemination of essential truths."

Watch the entire skit from the April 5, 2014 episode of Saturday Night Live below.