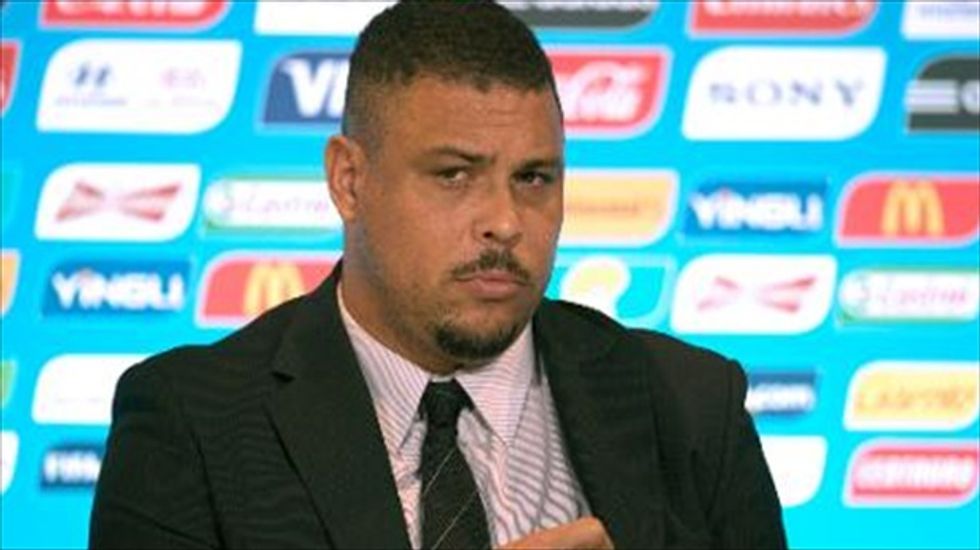 Brazilian football legend Ronaldo warned his compatriots on Friday that the upcoming World Cup could not solve the country's deep-rooted social problems.

Ronaldo, a member of Brazil's 2002 World Cup-winning side and a member of the organizing committee said only politicians could properly address issues such as poor public services and crumbling infrastructure.

"Brazilians hope the World Cup will prove the salvation of our country, with improvements in education, health and security. It will bring benefits but will not resolve our problems," Ronaldo told a forum in Sao Paulo.

More recent protests have been smaller, but some have ended in violence and anti-Cup campaigners have promised more unrest when the World Cup kicks off on June 12 with Brazil taking on Croatia in Sao Paulo.

Brazilian leaders indicated when the country was awarded the tournament seven years ago that the event would be a catalyst for upgrading poor transport and urban mobility.

But many planned projects have fallen by the wayside whereas 12 high-tech stadiums have been built, some in cities with no footballing tradition.

Furthermore, several stadiums, including Sao Paulo and Curitiba, will only be ready at the last minute and protestors have slated the high cost amid evidence some were over-priced.

"I am against over-charging of works and stadiums, I am against corruption," Ronaldo insisted.

"I have not done the auditing, nor signed the contracts.

"I hope the population ask ever more of our politicians. People are fed up with what is happening in the country," insisted the former Barcelona, Inter Milan and Real Madrid striker, all-time top scorer at World Cup finals with 15 goals.