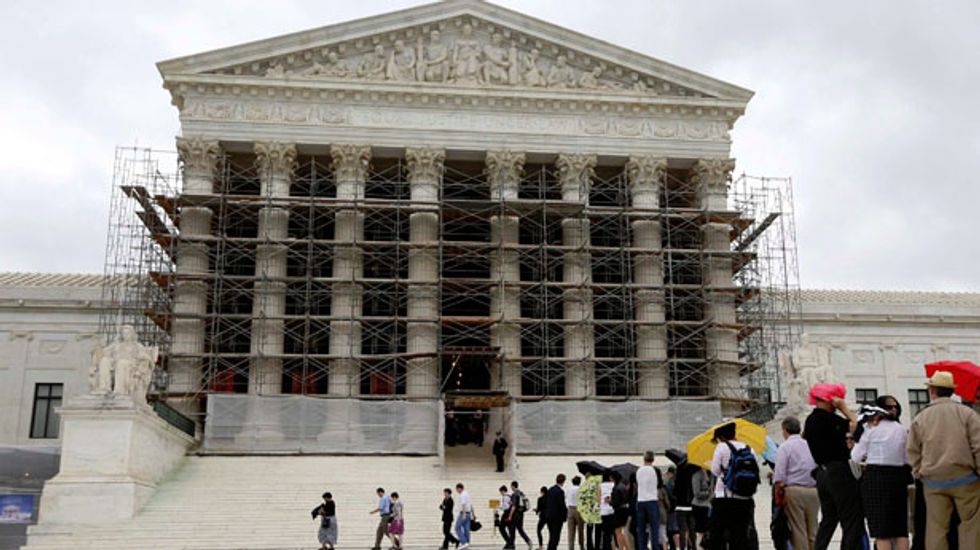 WASHINGTON (Reuters) - The U.S. Supreme Court on Monday declined to consider whether a New Mexico photography company had free speech grounds to refuse to shoot the commitment ceremony of a same-sex couple.

The court's refusal to intervene means an August 2013 New Mexico Supreme Court decision against the company remains intact. Albuquerque-based Elane Photography had said its free speech rights under the First Amendment to the U.S. Constitution should be a valid defense to the state's finding that it violated the New Mexico Human Rights Act. The law, similar to laws in 20 other U.S. states, bans discrimination on the basis of sexual orientation.

The company's owners, Elaine and Jonathan Huguenin, are Christians who oppose gay marriage. Because taking photographs can be seen as a form of speech, the First Amendment protects them from being required to "express messages that conflict with their religious beliefs," their attorneys said in court papers. Elane Photography has previously declined requests to take nude maternity pictures and images depicting violence, its lawyers said.

The dispute arose in 2006 when Vanessa Willock asked the company if it would photograph the commitment ceremony between her and her partner, Misti Collinsworth. When Elane Photography declined, Willock filed a successful complaint with the New Mexico Human Rights Commission.

Willock and her partner had their commitment ceremony in 2007, using a different photographer.

Attitudes toward gay relationships have changed rapidly in the United States in recent years. New Mexico is one of the 17 states where gay marriage is now legal.

Recent court and legislative decisions making gay marriage legal have gained momentum since the Supreme Court's rulings in two cases last summer, one striking down a key part of the federal Defense of Marriage Act and another allowing gay marriage in California to proceed.

In February, Arizona's Republican governor, Jan Brewer, vetoed a bill viewed by critics as a license to discriminate against gays and lesbians in the name of religion. The law, heavily criticized by the business community, would have allowed business owners to claim their religious beliefs as legal justification for refusing to serve same-sex couples or any other prospective customer.