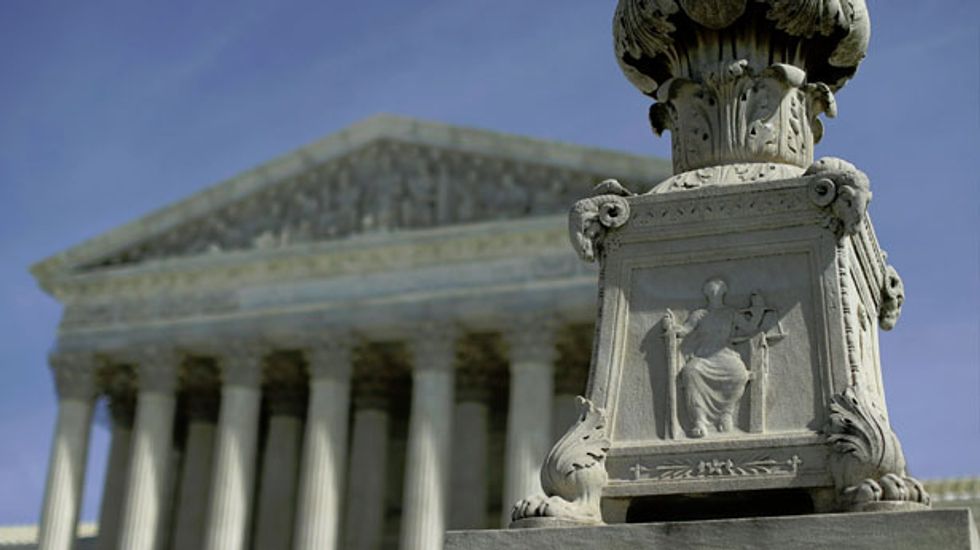 WASHINGTON (Reuters) - The Supreme Court on Monday declined to revive a provision in an Arizona law that sought to criminalize the harboring and transportation of illegal immigrants.

The court's decision not to hear the state's appeal leaves intact an October 2013 ruling by the 9th U.S. Circuit Court of Appeals in San Francisco that found in part that the provision was trumped by federal immigration law.

The harboring provision, part of Arizona's controversial 2010 immigration law, made it a criminal offense to encourage illegal immigrants to enter the state or to harbor or transport them within Arizona. Various groups that work with immigrants, including the Border Action Network, challenged the provision.

In a 2012 case, the Supreme Court partially upheld other provisions of the 2010 law.

In March, the high court rejected similar cases in which towns in Texas and Pennsylvania attempted to revive local laws that, among other things, required tenants to provide identification that could later be verified with immigration authorities and penalized landlords for renting to illegal immigrants.