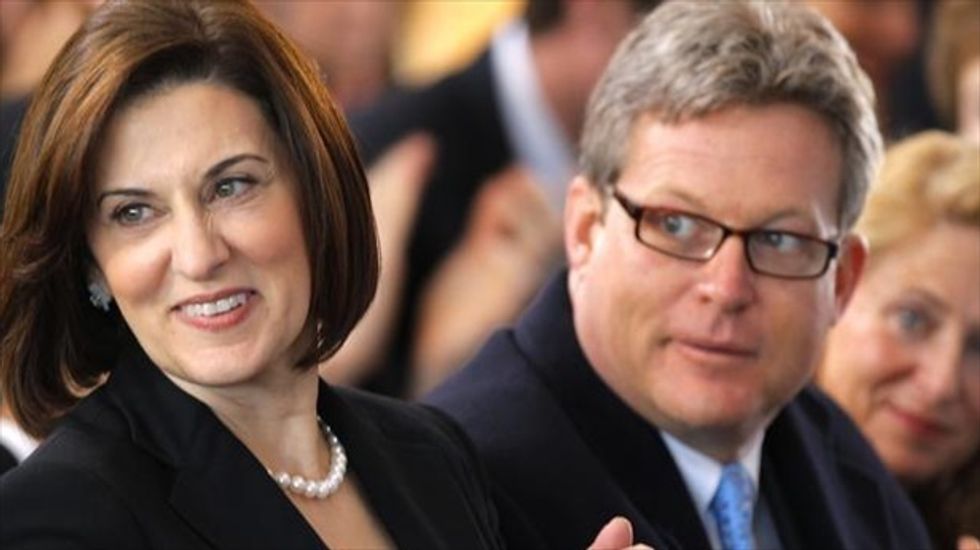 (Reuters) - Ted Kennedy Jr., the son of the late Democratic Massachusetts Senator Edward M. Kennedy, will run for a seat in the Connecticut Senate, a Democratic source familiar with his plans said on Monday.

Kennedy, 52, is expected to declare his candidacy on Tuesday at a library in Branford, Connecticut, the town near New Haven where he lives. It will be his first try for political office.

Kennedy is also a nephew of assassinated President John F. Kennedy. The Democrat who represents the district, Edward Meyer, is retiring.

Meyer would not confirm Kennedy's candidacy, saying Kennedy wanted to make the announcement himself, but acknowledged encouraging him.

"I have been courting him a bit to run for about a year," Meyer said. "He was a reluctant candidate for quite a while but I think he believes that his children are now old enough that it's time for him to enter elective politics."

Kennedy said in March that he would consider the position.

"I intend to seriously evaluate this opportunity for public service, and to discuss it with my family, close friends and leaders throughout the district," the Connecticut Mirror quoted him as saying March 24. "I will make a final decision within the next two weeks."

Kennedy, who lost a leg to cancer as a child, is a health-care lawyer and advocate for people with disabilities.

He was the co-founder and president of the Marwood Group, a financial services and consulting firm focused on health care that is headquartered in New York City. In January, he joined the Epstein Becker Green law firm, in its health care and life sciences practice.

"He has terrific business experience," Meyer said. "He's run a large health-services organization ... He gained a lot of administrative experience doing that as well as expertise in health issues, which is very important in Connecticut."

Kennedy's brother, Patrick, represented Rhode Island in the U.S. Congress for 16 years until 2010.

No Republican has declared for the Connecticut seat.

"Despite the celebrity name, the last thing the voters of the 12th District need is another rubber-stamp vote for more of the same higher taxes and government spending that have held back Connecticut's economy and left more than half of our families living paycheck to paycheck," state Republican Party Chairman Jerry Labriola Jr. said in a statement.