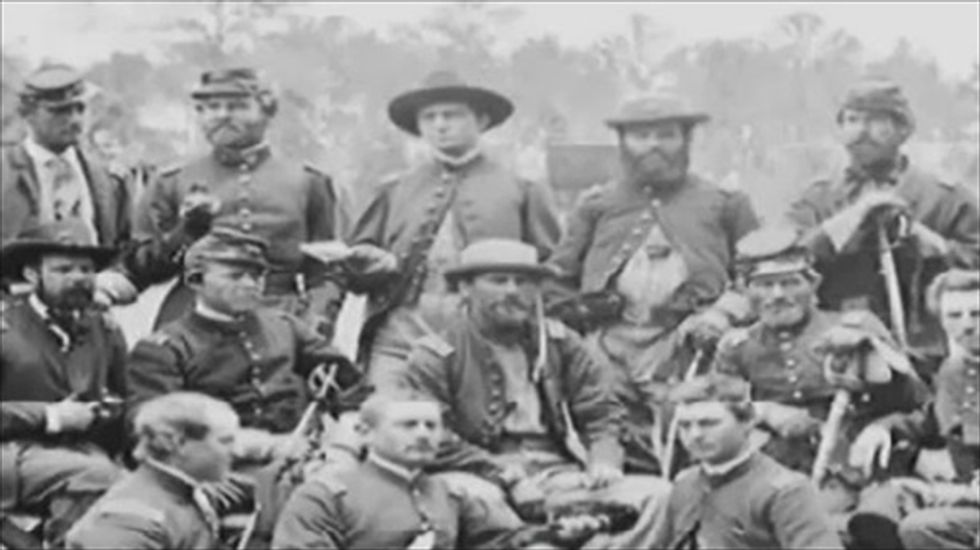 Officials in Orange County, Texas are facing criticism after they unanimously voted to proclaim this month "Confederate History and Heritage Month."

According to Burnt Orange Report, the vote came in response to a petition from the county chapter of the Sons of Confederate Veterans (SCV).

County commissioners have granted the group's request for five consecutive years, but questions began to surround the petition after the SCV was granted permission to build a memorial for Confederate soldiers at the intersection of Interstate 10 and Martin Luther King, Jr. Drive.

"We're not condoning anything that happened during the Civil War," County Judge Carl Thibodeaux told KBMT-TV. "We're not saying it was right or wrong. All we're doing is honoring those individuals that lost their lives in the Civil War doing something they thought was right at the time."

However, the Orange Leader reported in March that county commissioners approved the petition in spite of opposition from at least one descendant of a Confederate soldier, local attorney Leslie Barras.

Barras offered to draft a petition marking April as "Southern History and Heritage Month" as an alternative.

"It is hurtful and offensive," Barras said of the SCV's petition. “I ask that you consider not adopting the proclamation this year."

The proclamation states, "It is important for all citizens of Orange County to reflect upon our past and to respect the devotion of her Confederate leaders, soldiers, and citizens to the cause of Southern Liberty." There will be no official events accompanying the proclamation.

The Confederate group has also been a point of contention in the apppointment of one member, South Carolina Lt. Gov. Glenn McConnell (R), to the presidency of the College of Charleston, which has led to protests from both faculty and students for his "neo-confederate" ties.