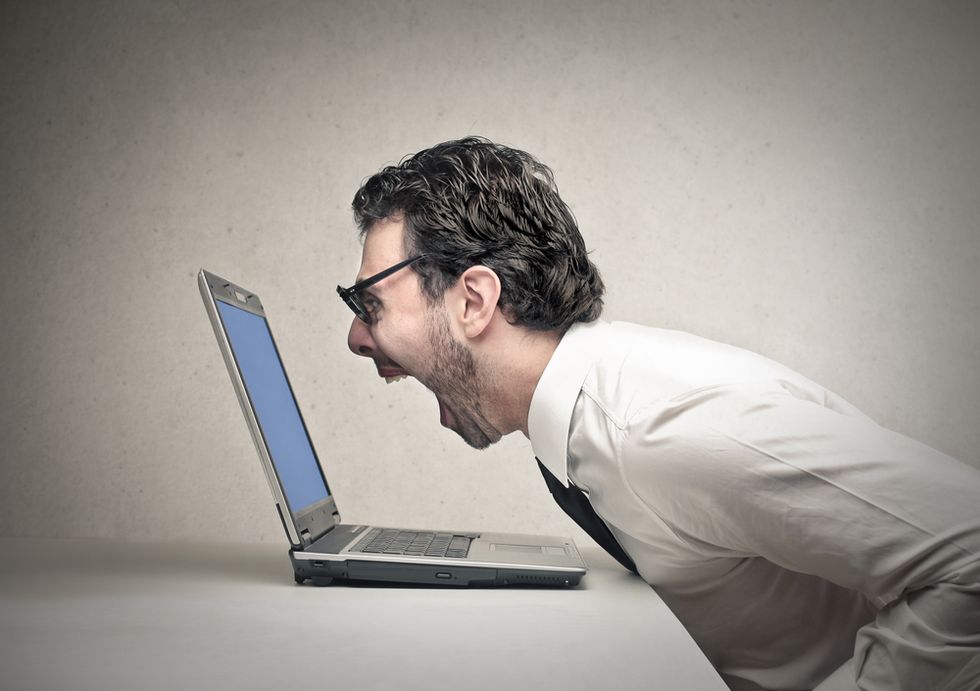 A former school secretary in Harlingen, TX sued the school district for firing him over a racist post on the social medium Facebook. Courthouse News Service reported that Abel Gonzalez believes that his right of free speech was infringed upon by the Harlingen Consolidated Independent School District.

Gonzales' suit, which was filed in the Federal Court in Brownsville on Monday, said, "On Saturday, August 25, 2012 at 9:08 a.m., plaintiff was at home on his own personal computer, when plaintiff received an e-mail from the Huffington Post's Facebook page."

"The Facebook page had a picture of a little girl chasing President Obama in the Oval Office and beneath the picture were the words, 'Caption this,'" the complaint continued. "Plaintiff wrote 'Run Nigger Run.'"

A commenter on Huffington Post's page named C. Orlando Pettiford saw Rodriguez' racist post and copied and pasted it to the Dr. Rodriguez Elementary School Facebook page, the school where Gonzales worked as a secretary.

"It is important to note that Mr. Pettiford is an African-American from Pennsylvania," the suit alleged.

On the same day, school principal Tracy Gonzalez [no relation to the plaintiff] received notice about the racist post.

"Ms. Gonzalez viewed the photo Mr. Pettiford had re-posted from the Huffington Post Facebook page and read the comment made by Mr. Pettiford," the suit stated. "Mr. Pettiford wrote 'Click on the above picture...then read the COMMENT made by one of your directors!!! ABEL GONZALEZ!!! Is this what you are teaching your students? Is this the RACISM that you want AMERICANS to have!!! I think he should be FIRED!!!"

When the school did not respond, Pettiford threatened to take the issue to the media, writing, "I hope this matter is being taken seriously...because I think that the TV stations might find this newsworthy."

Pettiford, however, continued to question the school about its handling of the issue.

"Mr. Pettiford called [the principal] at approximately 9:30 a.m. Plaintiff answered the phone since he was the secretary," the complaint read. "Mr. Pettiford questioned whether plaintiff was the one who posted the caption on the Huffington Post Facebook page, and plaintiff told him yes. Plaintiff then stated 'I am sorry if the comment offended you.' Mr. Pettiford told plaintiff, 'It may be deleted but not forgotten.'"

Pettiford continued to post comments on the school's Facebook page and demanded to speak to the principal. Meanwhile, another caller named Todd Hollis called the school and spoke to an assistant principal about the matter.

The school district issued a statement through spokesperson Shane Strubhart that said, "Mr. Gonzales is no longer an employee at the Harlingen Consolidated Independent School District and the allegations raised in the filed lawsuit are unfounded. As this matter involves litigation and personnel matters, our school district cannot and will not comment further."

[image of man screaming at computer screen via Shutterstock.com]