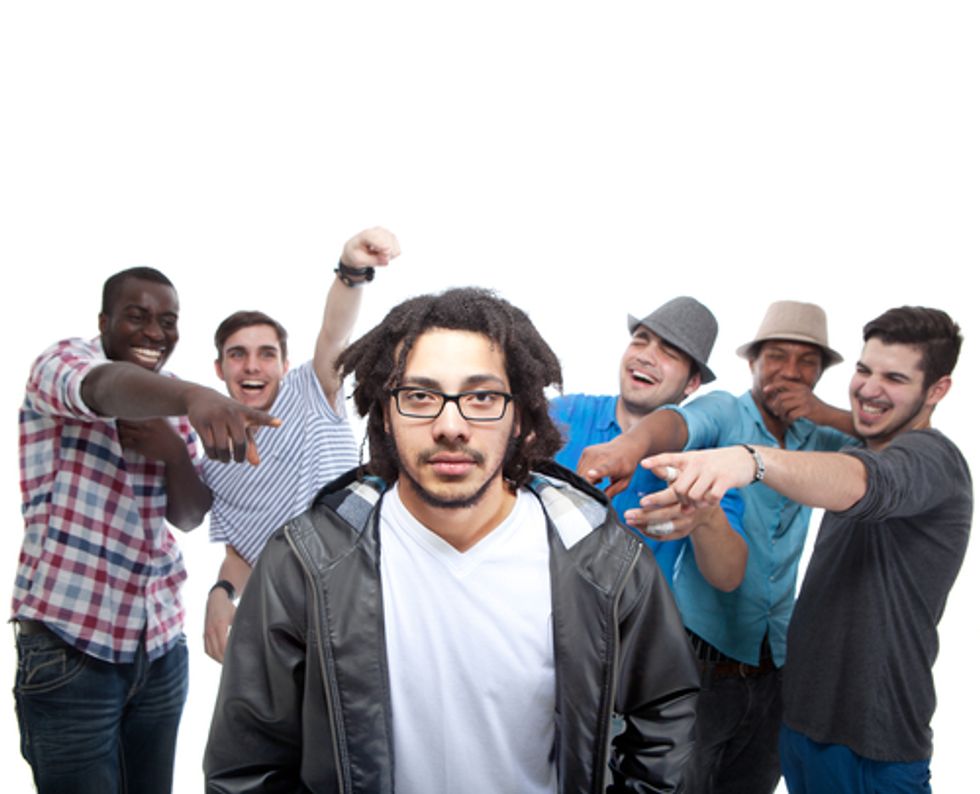 I've been pleased with the recent tidal wave of anti-bullying sentiment in this country, but I can't help but think sometimes that the actual root causes of the problem are often being overlooked in favor of a bunch of self-serving back-patting where everyone agrees bullying is wrong before returning to upholding a society where bullying is common. In particular, I take issue with the common assumption out there that bullying is a matter between children and teens and that adults generally oppose it. If you were bullied in high school, you probably know that the adults often range from indifferent to outright supportive of bullying, with some of the more conservative-leaning adults frequently seeing bullying as just desserts for the victim or as a useful form of social control. Without addressing this, we aren't addressing the problem. When adults hand-wave and claim that of course they're against bullies, we need to start pushing them to prove it.*

Take this recent example: A 15-year-old Pennsylvania teenager at South Fayette High School was subject to daily abuse from his classmates. He decided to fight back by recording the abuse on his iPad. He brought this evidence of his bullying to the principal, and the principal called the cops. On the victim. "Wire-tapping" charges were contemplated before he was actually found guilty of disorderly conduct, which is kind of mind-blowing when you consider that everything that happened happened in a public school.

When school officials learned about the recording, Principal Scott Milburn contacted local police on February 12, for what he considered a “wiretapping incident.” After approaching the boy for questioning, South Fayette Lieutenant Robert Kurta told him to dispose of the recording, and charged him with disorderly conduct. In Pennsylvania, the low-level crime is known as a “summary offense,” and does not typically result in jail time for juveniles. Nonetheless, they can stay on a juvenile’s criminal record. McGraw-Desmet later upheld the charges, fining the student “a minimum of $25.” The 15-year old was also ordered to pay court costs. Love is currently trying to get the decision reversed.

The student and his mother had tried to stop the bullying in the past, only to have the school officials deny it counts as bullying.

With bullying, you're facing basically the same problem you have when it comes to rape culture. Everyone flaps their gums about how bad rape is, but when the rubber hits the road, a whole bunch of people side with rapists against rape victims. With this incident, you even see the same logic that rape and domestic violence victims often hear, that speaking out against abuse somehow  deprives their assailant of his privacy.

Beyond that, the problem with bullying is that adults look the other way for exactly the same reasons kids do: They don't like the victim, they find the whole process amusing or even what the victim deserves, they think the victim is whiny, etc. As long as adults feel this way, bullies will feel free to do their thing, safe in the knowledge that the adults are on their side. To fix bullying, we need to shift some of the efforts away from sending a "message" to kids that bullying is bad and start really tackling the culture of the adults who tolerate or even encourage it.