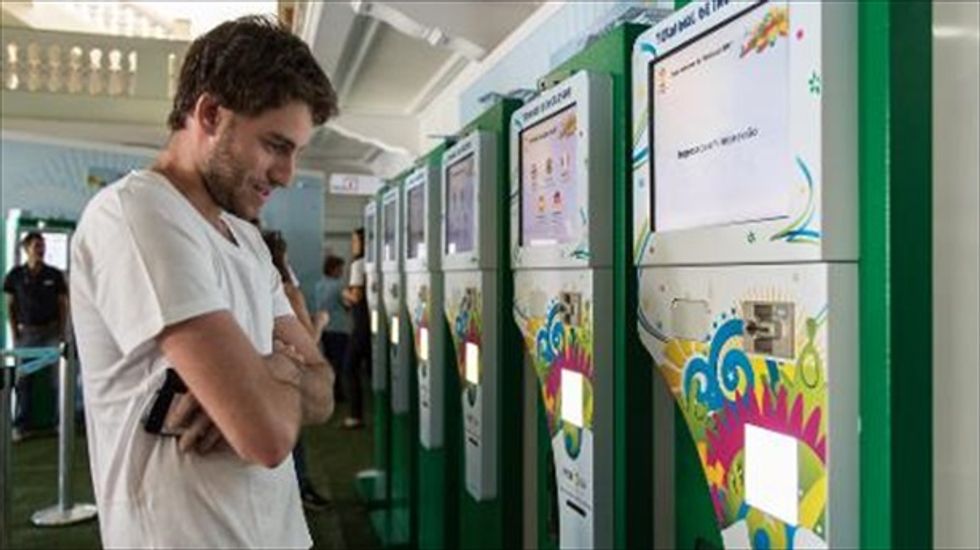 World Cup ticketing centers opened in Brazil on Friday allowing fans who have managed to purchase match tickets for the June 12 to July 13 extravaganza to claim them.

Centers opened in ten of the 12 host cities -- fans will only be able to pick tickets up in the capital Brasilia and the southern city of Porto Alegre from next month.

More than 2.5 million -- or three quarters of those available -- have been sold to date via the FIFA web platform set up for the purpose and each bears the name of the buyer in an attempt to limit scalping.

Dozens of fans queued up at the Maracana stadium in Rio de Janeiro, venue of the final, after the center opened at midday (1500 GMT).

Joao Bosco, 67, and Vanderson Balbino, 27, were both in place by 9 a.m to ensure they were first in line.

"I have tickets for four matches -- including two at the Maracana," Balbino told reporters.

"As I want to see a Brazil game I am going to try (to get a ticket) in one of the cities where they are playing. I'll go with my brother so I'll have to pay double.

Bosco, collecting two tickets bought as birthday gifts for his daughter, Andrea, will watch Spain play Chile on June 18 at the Maracana where his father, now in his 90s, saw Brazil lose the 1950 final against Uruguay.

"My dream would be to see Brazil win in the Maracana, but it will be difficult," Bosco told AFP.