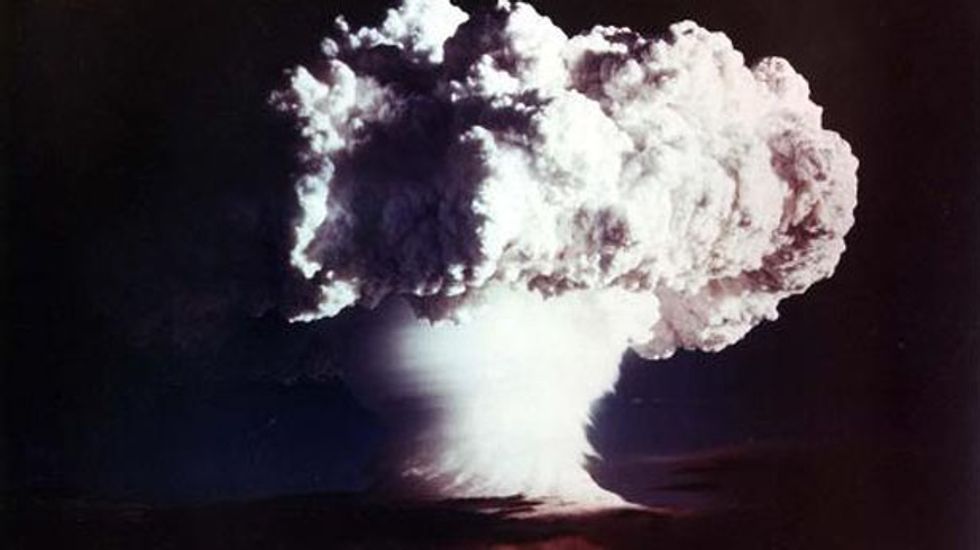 The tiny Marshall Islands is dragging the United States and eight other nuclear-armed countries to the UN's highest court for failing to halt the nuclear arms race and rid the world of atomic weapons.

Representatives of the Marshall Islands, site of devastating nuclear tests in the mid-20th century, "yesterday filed... separate applications against nine states," the Hague-based International Court of Justice said in a statement on Friday.

China, North Korea, France, India, Israel, Pakistan, Russia, Britain and the United States are accused of "not fulfilling their obligations with respect to the cessation of the nuclear arms race at an early date and to nuclear disarmament."

The government based in the Marshall Islands capital of Majuro said by not stopping the nuclear arms race, the countries continued to breach their obligations under the Nuclear Non-Proliferation Treaty (NPT) -- even if the treaty has not been by signed by some like India and Pakistan.

The Marshall islands also included Israel, widely believed to be the sole -- if undeclared -- nuclear armed power in the Middle East.

Majuro's representatives said the Marshall Islands decided to sue the world's nuclear heavyweights as "it has a particular awareness of the dire consequences of nuclear weapons."

Last month the Marshall Islands marked 60 years since the devastating hydrogen bomb test at Bikini Atoll, that vapourised an island and exposed thousands in the surrounding area to radioactive fallout.

The 15-megaton test on March 1, 1954, was part of the intense Cold War nuclear arms race and a thousand times more powerful than the atomic bomb dropped on Hiroshima.

The United States conducted repeated tests between 1946 and 1958 in the Marshall Islands, Majuro's representatives said in papers filed in court.

"During those 12 years, 67 nuclear weapons of varying explosive power were detonated in the Marshall Islands, at varying distances from the human population."

Bikini Islanders have lived in exile since they were moved for the first weapons tests in 1946.

When US government scientists declared Bikini safe for resettlement, some residents were allowed to return in the early 1970s.

But they were removed again in 1978 after ingesting high levels of radiation from eating local foods grown on the former test site.

Last month Marshall Islands President Christopher Loeak called on the US to resolve the "unfinished business" of its nuclear testing legacy, saying compensation provided by Washington "does not provide a fair and just settlement" for the damage caused.

US ambassador Thomas Armbruster said the United States is continuing to work with the Marshall Islands to provide health care and environmental monitoring of several affected islands.