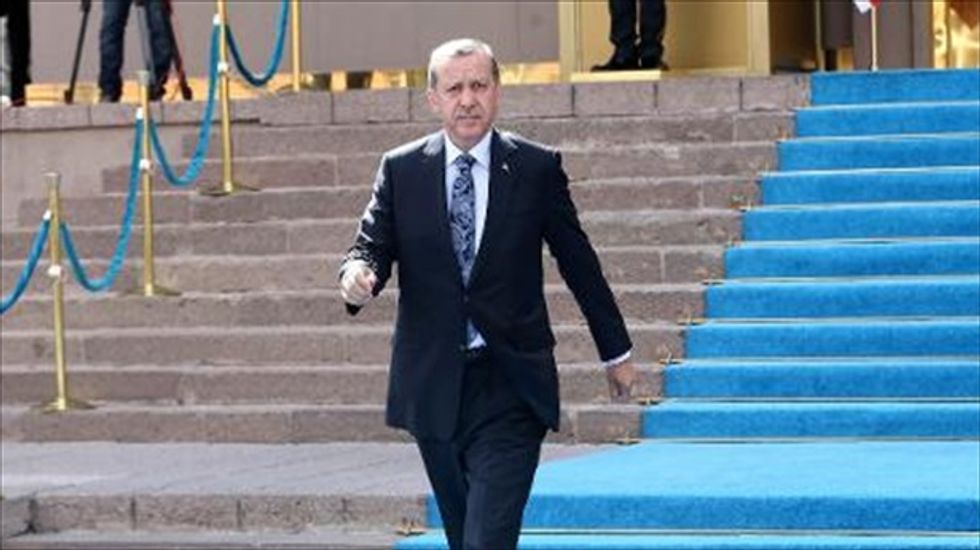 Turkey's embattled premier made a formal complaint to the country's top court on Friday, saying secret recordings spread on the Internet were a violation of his family's rights.

Prime Minister Recep Tayyip Erdogan told the Constitutional Court that the failure of social media websites to remove leaked recordings featuring him and his family were a violation of their right to privacy and freedom of communication.

Erdogan's government blocked Twitter and YouTube last month after they were used to spread audio recordings implicating the prime minister and his inner circle in a vast corruption scandal that emerged in December.

One of the recordings appeared to feature Erdogan and his son talking about hiding large amounts of money. The prime minister has denied allegations of corruption and says some of the tapes have been manipulated.

The ban on Twitter was overturned on April 3 after the Constitutional Court ruled it was a breach of free speech rights -- a ruling condemned by Erdogan who sees the judiciary as packed with political opponents.

Erdogan has had a tense relationship with social media in recent months, especially with Twitter, which he accuses of tax evasion and ignoring court orders to remove links deemed illegal.

Twitter executives held a series of talks with Turkish officials in Ankara this week in a bid to iron out their differences but the San Francisco-based company rejected demands from the Turkish government to open an office in the country.

The ban on Twitter, which came after Erdogan vowed to "wipe out" the network, was part of a wider crackdown on the Internet that sparked condemnation from foreign allies and human rights groups.

YouTube was banned in Turkey three days before March 30 local elections, which handed Erdogan's ruling Justice and Development Party (AKP) a resounding victory despite the graft claims. The site remains blocked despite two separate court orders to lift the ban.