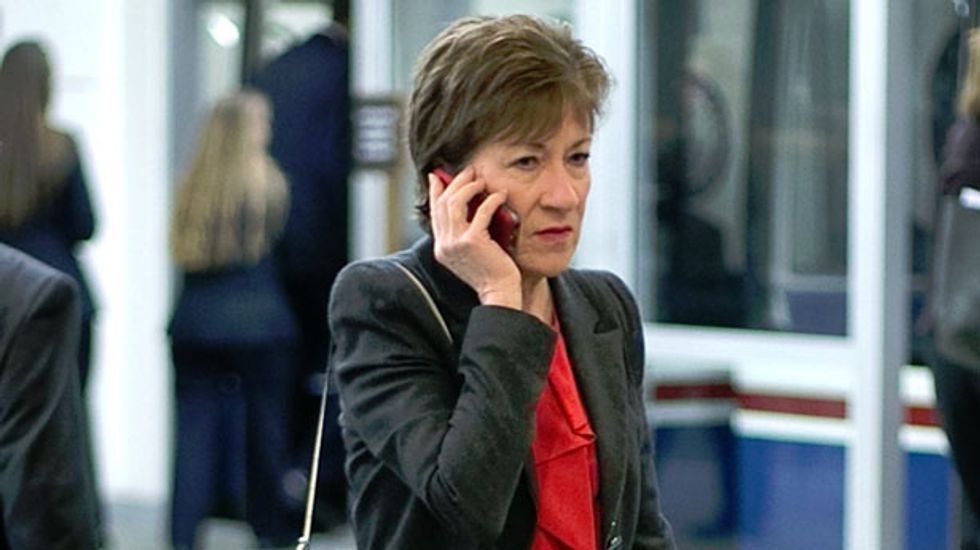 By Patricia Zengerle and Mark Hosenball

WASHINGTON (Reuters) - Two members of the U.S. Senate Intelligence Committee came out on Wednesday in favor of declassifying parts of a report on the CIA's use of "enhanced interrogation" methods, saying they had concluded some detainees "were subjected to techniques that constituted torture."

The announcement by Maine Senators Susan Collins, a Republican, and Angus King, an Independent aligned with the Democrats, was an important boost for the declassification push a day before the panel is expected to vote on the issue.

The committee had been expected to recommend the declassification of the "Findings & Conclusions" and Executive Summary from the 6,000-page report. Bipartisan support could increase the likelihood that the material will eventually become available to the public.

"This inhumane and brutal treatment never should have occurred," the senators said in a joint statement. "Further, the report raises serious concerns about the CIA's management of this program."

A congressional aide said that the Senate panel will ask the White House - not the CIA itself - to declassify the politically sensitive report. U.S. President Barack Obama has repeatedly said he wants to see a version of the report made public.

"The president is the head of the Executive Branch and, under executive order, is the ultimate decision-making authority on declassification," said the aide, who spoke on condition of anonymity. "Further, he has spoken publicly on his views."

The lawmakers said their vote to declassify would not signal full endorsement of its conclusions or methodology, saying the report did not involve direct interviews with CIA officials, contract personnel, administration personnel or participation of the staff of Republican intelligence committee members.

However, they said they backed transparency.

"Torture is wrong, and we must make sure that the misconduct and the grave errors made in the CIA's detention and interrogation program never happen again," the statement said.

The committee's draft report strongly condemns now-abandoned agency interrogation techniques such as "waterboarding" or simulated drowning, and concludes that such techniques did not produce significant counter-terrorism breakthroughs, sources have said.

The CIA has taken issue with some of the committee's findings, and has said the report contains factual errors.

The report is at the center of a dispute between Democratic Senator Dianne Feinstein, who chairs the committee, and the CIA over whether members of the spy agency secretly monitored the panel's investigation of the detention and interrogation policies used under former Republican President George W. Bush.

The White House tried to mediate between the CIA and the Senate panel over the access dispute, a source familiar with the matter said last month. White House Counsel Kathryn Ruemmler attempted to "de-escalate" tensions, the source said.

The vote on Thursday would be a recommendation. But CIA Director John Brennan last week promised a quick review of whether parts of the report could be released on an unclassified basis, apparently moving to reduce tensions with the agency's congressional overseers.