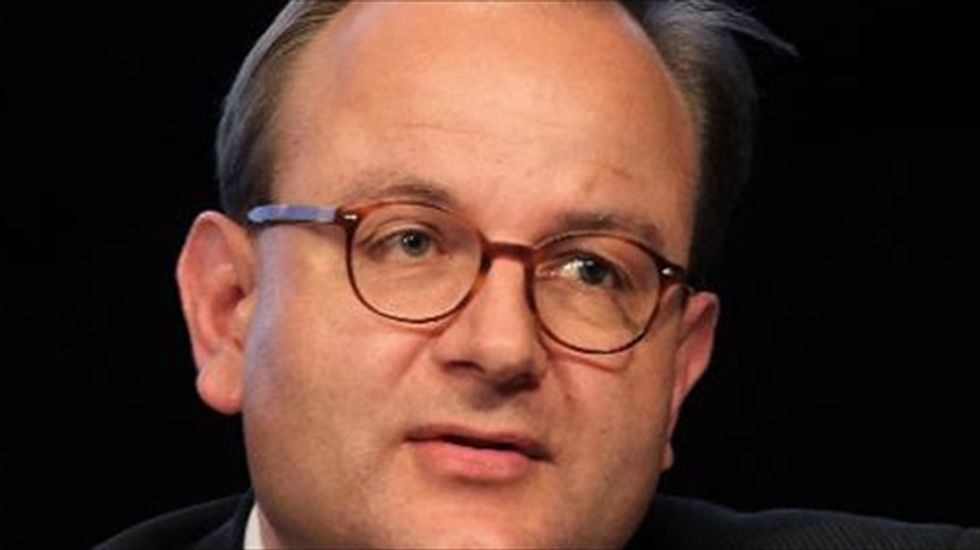 Ottmar Edenhofer attends a meeting of the Intergovernmental Panel on Climate Change in the Emirati capital Abu Dhabi on May 9, 2011 [AFP]

"The literature here shows that deep cuts in greenhouse gas emissions to limit warming to 2 C... remain possible," said Ottmar Edenhofer, who helped oversee the latest volume in a report by the UN's Intergovernmental Panel on Climate Change (IPCC).

But achieving this goal, Edenhofer warned, will require a break from today's relentlessly upward trend in emissions.

It will entail "challenging technological, economic, institutional and behavior change," he said.

Envoys and scientists from the panel's 195 member countries are meeting after the IPCC issued its starkest-ever warning about the perils of a ravaged climate system for future generations.

The risk of conflict, hunger, floods and mass displacement increase with every upward creep of the mercury, the IPCC said.

"The impacts of climate change will leave no part of the world untouched and unaffected," IPCC chairman Rajendra Pachauri told Monday's opening session.

The upcoming volume is the last major piece of the Fifth Assessment Report -- the first overview by the Nobel-winning climate panel since 2007.

The product of four years' work by over 200 experts, it aims at providing governments with the latest scientific knowledge and informing the struggling effort to forge a worldwide pact on climate change by the end of next year.

A draft summary of the report, seen by AFP, expresses no preferences for how to tame the problem, nor does it state what a safe level of warming would be.

But it says there is a 15-year window for affordable action to safely reach the UN's target of limiting warming to two degrees Celsius (3.6 degrees Fahrenheit) over pre-industrial times.

The goal remains attainable if "all countries" act quickly to ease carbon emissions, it says. "Delaying mitigation through 2030 will increase the challenges."

Most scenarios that meet the 2 C target entail a "tripling to nearly a quadrupling" in the share of energy from renewable and nuclear sources and the capture and storage of emissions from fossil fuel plants, according to the draft.

Government representatives and scientists will go through the summary line by line over the next few days.

"In the plenary, all countries can voice their concerns and all of them are heard," said co-chairman Youba Sokona.

"In the end, it is scientific accuracy that decides."

The summary will be publicly released in the German capital on Sunday, and the full 2,000-page report -- authored by scientists and not subject to this week's scrutiny -- will be released shortly afterwards.

Green group Friends of the Earth International said the science demanded a reduction in the use of fossil fuels, coupled to a massive investment in renewable alternatives.

"So far, world leaders have sorely lacked the political will to make the shift to low-carbon societies," it said.

Oxfam, for its part, said climate change would have a severe impact on hunger.

"It is estimated there could be 25 million more malnourished children under the age of five in 2050 compared to a world without climate change – the number of all under-fives in the US and Canada combined," it said.