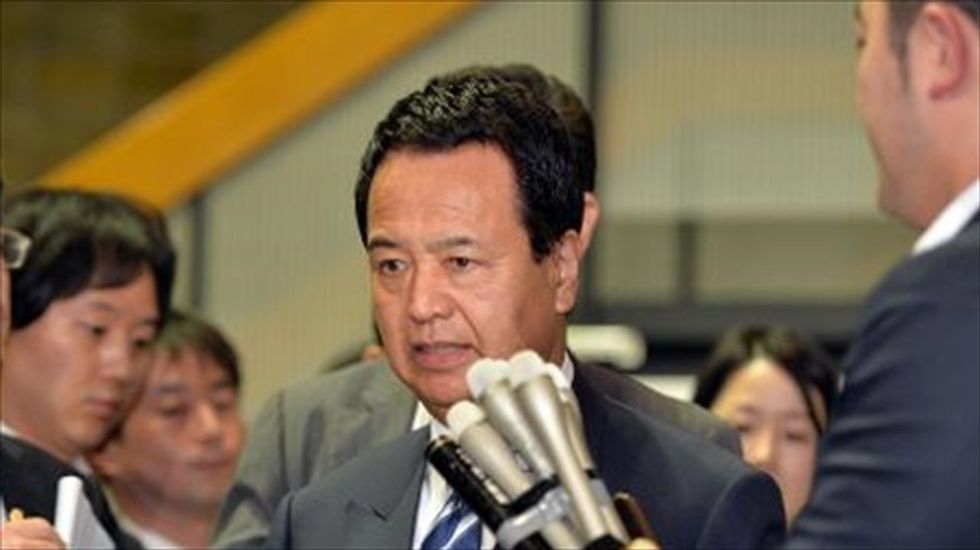 Akira Amari, Japanese State Minister in charge of Trans-Pacific Partnership (TPP) speaks to reporters after he met with US trade representative Michael Froman in Tokyo on April 10, 2014 [AFP]

The United States said Friday there had been progress but no final deal in talks with Japan that are crucial to advancing the ambitious 12-country Trans-Pacific Partnership trade deal.

Negotiations failed to achieve a significant breakthrough just days before U.S. President Barack Obama, who has made the TPP a key goal of his administration, arrives in Tokyo on a state visit.

"The round we just completed was focused but difficult. After more than 20 hours of negotiations, we continue to make progress, and we are now faced with a reasonable number of outstanding issues."

The two sides have been wrestling in particular over Japan's barriers to importing U.S. autos and farm products.

The specific outstanding issues were not mentioned by Froman, but he said negotiators "have worked to be as creative as possible to address Japan's political sensitivities."

Even so, the overall goal is "meaningful access" to the Japanese market, "a goal that all TPP partners share," Froman added in a statement.

Amari stressed that "big differences" remain, according to Kyodo News.

The TPP would establish a free trade pact among 12 countries responsible for about 40 percent of global GDP.

It is a key plank of Obama's foreign policy, and an effort to anchor the U.S. firmly to a region and put market-opening pressure on China, which has been excluded from the talks.

But huge sticking points remain, with the U.S. and Japan -- the world's first and third largest economies -- fighting to protect important domestic industries.

Washington and many of the other parties to the talks -- which also involve Canada, Chile, Mexico and several Asian countries -- say Japan's unwillingness to open its lucrative agricultural market is a dealbreaker.

Earlier this month, Japanese Prime Minister Shinzo Abe instructed Amari to accelerate the negotiations ahead of Obama's arrival in Japan on April 24 for a state visit that had at one point been expected to crown the TPP.