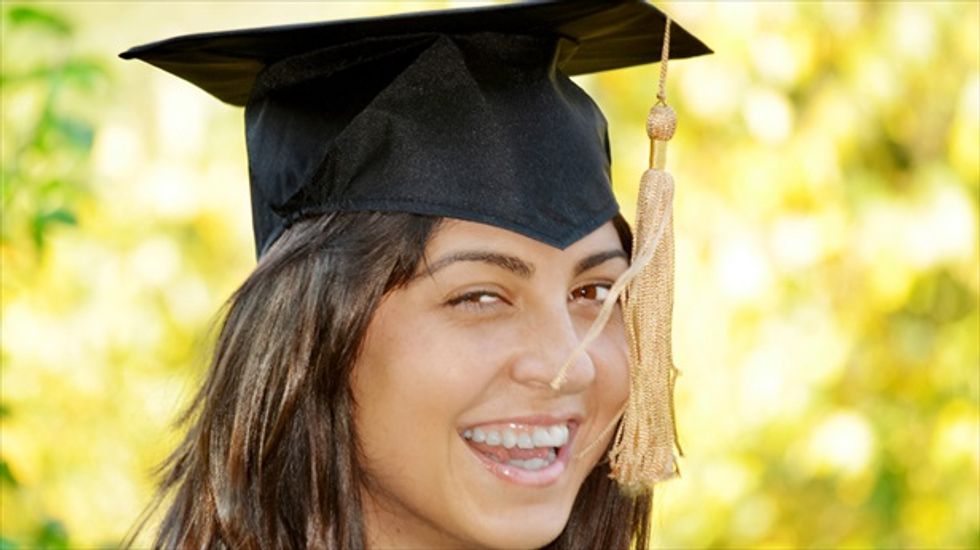 WASHINGTON (Reuters) - The U.S. high school graduation rate reached a record 80 percent in the 2011-2012 academic year, the Obama administration said on Monday in a report that tallied the number of students graduating within four years of starting high school.

The 80 percent rate for the 2011-2012 school year compares with a graduation rate of 79 percent in 2010-2011, according to National Center for Education Statistics, an agency within the U.S. Department of Education that collects and analyzes education data.

The Obama administration has credited its Race to the Top competitive grant program with raising the graduation rates.

The Race to the Top grant program was part of the president's 2009 economic stimulus package and was designed to encourage reforms in K-12 education. Under the program, states and schools compete for federal grants. Those that win are expected to come up with innovative ways to boost performance and with ways to measure the improvement.

Critics of Race to the Top have said that program widens the gap between higher-performing schools and lower-performing ones because schools that are already successful to begin with may have an edge over struggling schools in putting together winning bids.

Elaine Weiss, an education specialist at the Economic Policy Institute in Washington, said she thought that increased focus on teacher quality and other factors led to the higher graduation rates, rather than Race to the Top.

"They (graduation rates) go up every year. I don't think this is different," Weiss said.