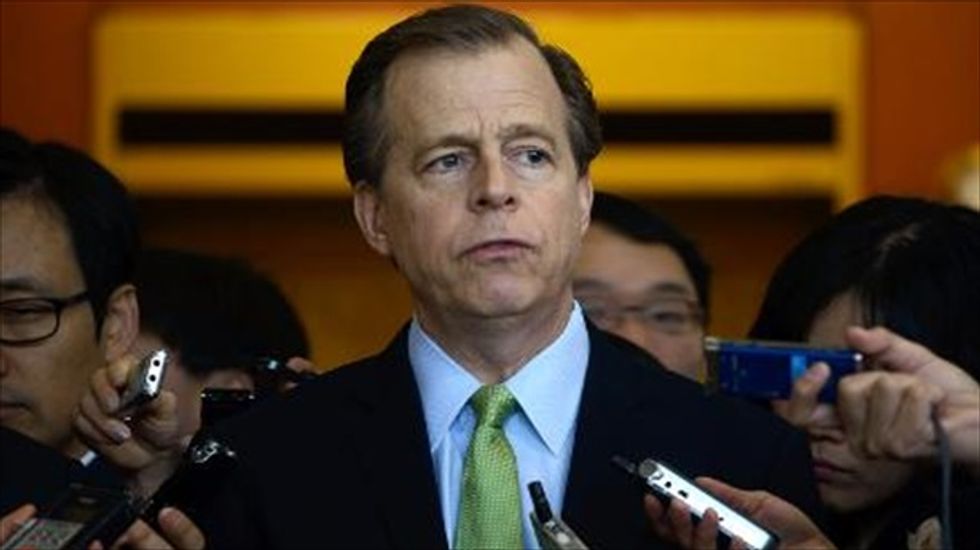 The United States said Monday it will meet next week with allies South Korea and Japan to plan strategy on North Korea amid high tensions after the regime's live-fire drills.

The U.S. pointman on North Korea, Glyn Davies, will meet Monday in Washington with his counterparts from Japan and South Korea, Junichi Ihara and Hwang Joon-Kook.

The talks will look at ways to seek "verifiable denuclearization of the Korean peninsula in a peaceful manner," the State Department said in a statement.

North Korea in recent weeks has threatened a new nuclear test, test-fired medium-range ballistic missiles capable of hitting Japan and, on Monday, conducted a live-fire drill along its disputed border with South Korea.

The three-way talks come after U.S. President Barack Obama met on the sidelines of a summit in The Netherlands with Japanese Prime Minister Shinzo Abe and South President Park Geun-Hye, a breakthrough after friction between the two U.S. allies over historical disputes.

Robert King, the U.S. special envoy on human rights in North Korea, is also visiting South Korea and Japan this week amid growing calls for international action over the totalitarian state's treatment of its own people.