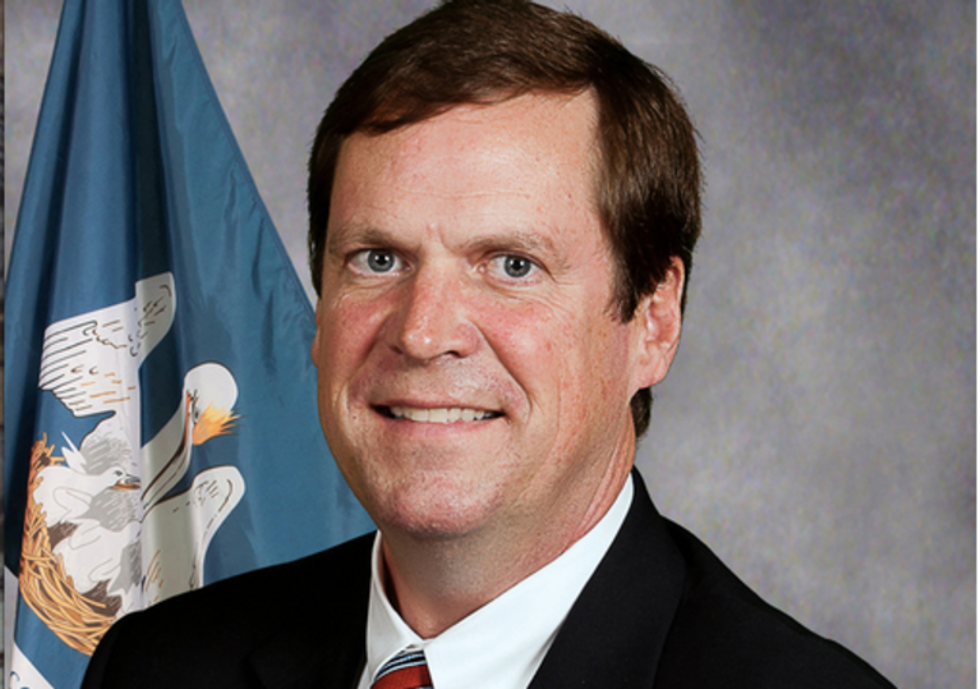 A Republican state representative in Louisiana has pulled his controversial bill naming the Christian Bible as the official state book. According to NoLa.com, Rep. Thomas Carmody (R-Shreeveport) abandoned the effort because it had become "a distraction."

Carmody proposed the bill earlier this month, telling a state House committee that "It’s not to the exclusion of anyone else’s sacred literature. This is not about establishing an official religion of the state of Louisiana.”

The Committee passed the bill in an 8-to-5 vote, moving it forward for voting by the state Senate.

The bill's opponents, however, said that Carmody was unnecessarily courting litigation by proposing such a measure, which they say flies in the face of the First Amendment's separation of church and state.

State Rep. Wesley Bishop (D) said, “I think we’re going to open ourselves up to a lawsuit. You can’t adopt the Bible and not adopt Christianity.”

Carmody's original proposal had been to designate a specific edition of the Bible that is held by the Louisiana State Museum's archives, but lawmakers amended the bill to include all editions of the Holy Bible.

The New Orleans Times-Picayune reported two weeks ago that many Louisiana residents were "shocked, embarrassed and concerned about their image nationally" in the wake of the bill's passage by the House Committee.

"The entire country is laughing at us," wrote one Times-Picayune commenter.

Another said, "There are already plenty of professional organizations, etc. that think twice about holding conferences in New Orleans due to ridiculousness like this...Eventually they'll stop coming, and we will all be able to thank the state legislature for the lost revenue and our well-deserved reputation."