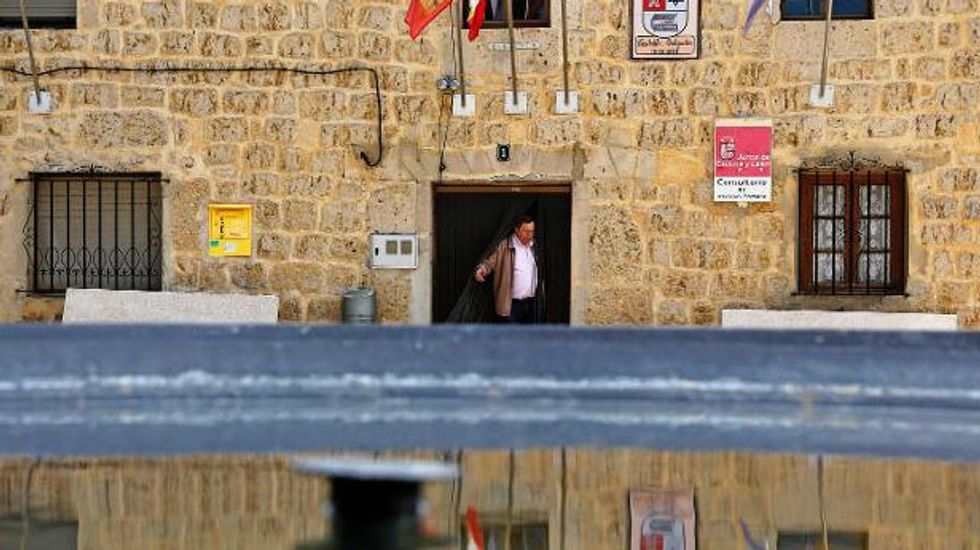 It is a name that locals admit is not really fit for the modern age.

And now the mayor of the small Spanish town of Castrillo Matajudios -- which means Castrillo Kill Jews in English -- has said residents will get the opportunity to vote on a name change.

The 56 residents of the town, which lies near the northern city of Burgos, will vote May 25 on whether to change the name and instead celebrate the location's Jewish heritage, mayor Lorenzo Rodriguez said Monday.

If they agree to the change, locals will be able to choose between the rather less offensive Mota Judios and Mota de Judios, which both mean Mound of the Jews.

"Those of us who have lived all our lives in Castrillo Matajudios don't give it a second thought. But the moment you go elsewhere it sounds bad," the mayor told AFP in an interview.

"Nowadays when people hear Castrillo Matajudios they go, 'What a village. They kill Jews there. You have killed Jews'," he said.

"There are some villagers, business people who travel to Israel, and they try not to show their identity card. It is a name that we know today is not very correct," the mayor explained.

Rodriguez said the town hall wanted to change the name as long as it could convince the residents.

He said the town was born in 1035 when Jews who had been stripped of their possessions and exiled from their homes decided to settled on a mound, or mota, in the area.

They remained there until 1492 when the Catholic Monarchs, King Ferdinand and Queen Isabella, expelled the Jews from Spain, allowing only those who converted to the Roman Catholic faith to remain.

Now the town hall wants to commission an archaeological study and excavations to unearth the Jewish history of the site and even to attract visitors to the area, Rodriguez said.

- Many burned at stake -

Archaeologist Angel Palomino said an initial study of historical documents carried out for the town revealed that the first mention of the name Castrillo Matajudios appeared in 1623.

"The documents show that there were several killings of Jews by outsiders as happened in many other Jewish settlements in Spain and other parts of Europe," Palomino said, although he said he suspects the name had a different origin.

Descendants of Jews who had converted to Roman Catholicism likely decided to change the town's name during the Counter-Reformation to prove the purity of their faith, he said.

The archaeologist said there were likely 300 to 400 households, or up to 1,500 people, living in the Jewish settlement at one time.

Although estimates vary, historians believe at least 200,000 Jews lived in Spain before the 1492 expulsion. Many who refused to convert or leave were burned at the stake.

Spain now offers citizenship to Sephardic Jews descended from those who were expelled -- who can prove their heritage.

In February, the government approved a draft citizenship law that would make it easier for such Jews to gain Spanish nationality, notably by allowing them to keep their existing citizenship as well.