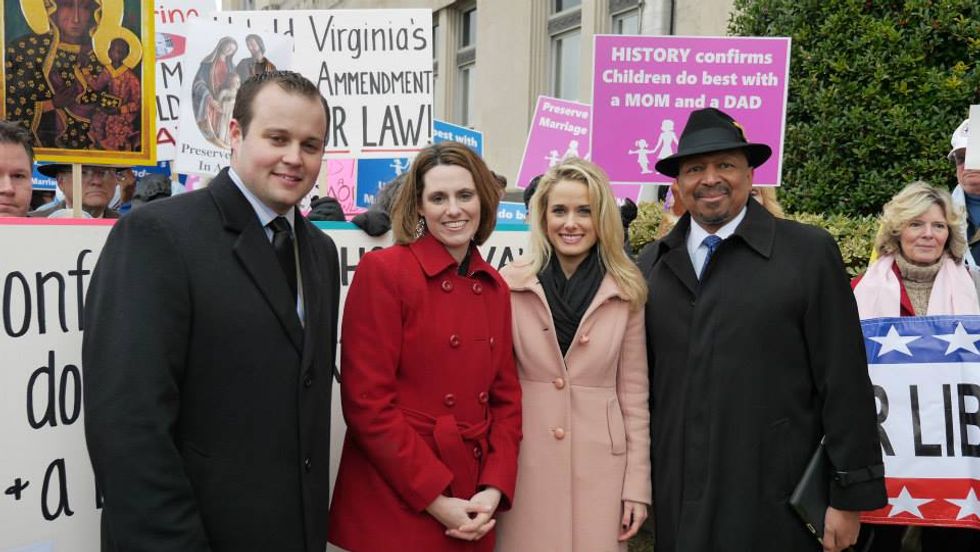 A Virginia-based evangelical Christian group known as the Family Foundation is planning for its members to fast and pray for 40 days and 40 nights later this year in an effort to fight same-sex marriage.

According to LGBT website FrontiersLA.com, The Family Foundation announced earlier this week that members will be refusing food from Aug. 27 to Oct. 4 in support of the state's Marriage Amendment, passed in 2006, which defined marriage in Virginia as a right reserved only for heterosexual couples. The Amendment was overturned earlier this year and goes before the 4th U.S. Circuit Court of Appeals on May 11.

A statement on the Family Foundation's website said, "Our state and nation are mired in a morass of confusion and post-modern thinking that does not believe in absolutes nor that any truth can even be known. Nowhere is this more evident than in the current debate raging about what constitutes marriage. Pagan philosophies, a secular humanist education establishment and an entertainment industry that is absolutely determined in pushing the envelope on decency and morality have all combined to turn this great land into a country that our forefathers could not even begin to recognize."

In order to restore the U.S. to what the Family Foundation sees as its rightful state of hetero-supremacy, the group hopes to enlist as many fellow Christians as possible in the weeks-long vigil.

"The Supreme Court begins its session on October 6. We fully expect it to take a marriage case sometime in the next year. In the natural, it looks like a David vs. Goliath battle. The federal government, the news media, Hollywood, the public education system and big business all are arrayed on the side of same-sex 'marriage.' Only the church stands in support of God’s design for marriage," said the group's statement.

"If you are a pastor, please consider having your church join with us in this effort," said the group. "The Family Foundation is partnering with other nationally known organizations to provide talking points, sermon outlines, bulletin inserts, video clips and other resources to help you lead your congregation through the 40 Days."