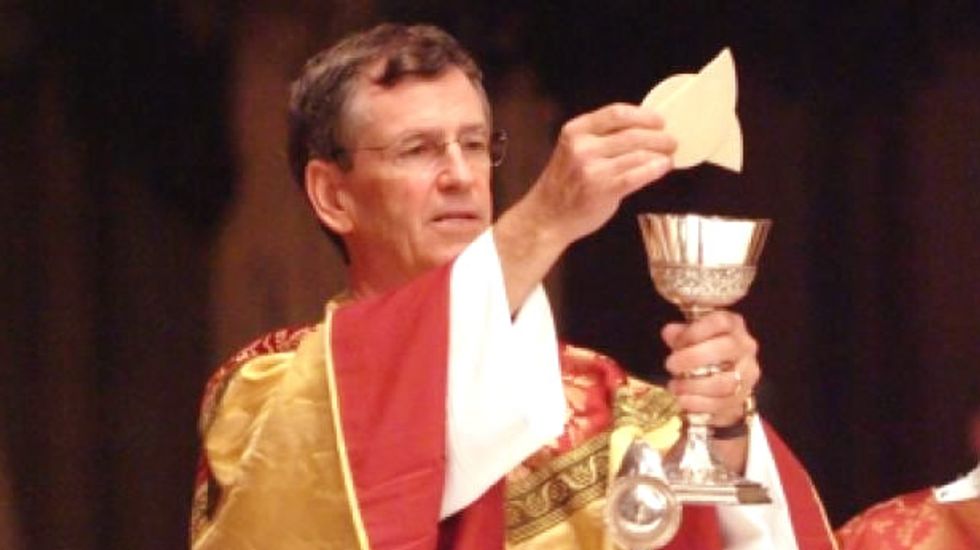 Trinity Church Wall Street is using its leverage as a minority shareholder in Wal-Mart to compel it to stop selling high-capacity magazines that are "well suited to mass killing" and music "that depicts violence or sex."

In a letter to his congregation, Reverend James Cooper wrote that "[a]s part of this effort, we recently initiated dialogue with certain companies toward assuring they balance the benefits of selling certain products against the risks these sales pose to the public and to the companies’ reputation and brand value. As responsible investors, not just socially responsible investors, we have done so in a manner which we believe is consistent with the business interests of each company."

With respect to Wal-Mart, Rev. Cooper wrote, the church sought to introduce a proposal asking that "that Wal-Mart’s Board of Directors oversee the development of policies and standards to guide management’s decision whether or not Wal-Mart should sell products falling in one or more of three categories: products that are 1) especially dangerous to the public, 2) pose a substantial risk to Wal-Mart’s reputation, and 3) would reasonably be considered offensive to the community and family values that Wal-Mart seeks to associate with its brand."

Among these "products," Rev. Cooper included "guns equipped with magazines holding more than ten rounds of ammunition (“high capacity magazines”)," though he insisted that "this is not an 'anti-gun' proposal."

"We are simply asking that the shareholders," he wrote, "be allowed to consider whether the Board has an obligation to assure that the company’s standards and values are uniformly considered and applied when the sale of certain products can have momentous consequences. We note that Wal-Mart has previously refused to sell products such as music that depicts violence or sex, as well as high capacity magazines separate from a gun, out of respect for family and community interests."

Wal-Mart refused to allow the Proposal to be heard by shareholders, so as an investor with at least $2,000 worth of shares in the company, the church exercised its right to sue the company via the Securities and Exchange Commission (SEC).

"We are disappointed that Trinity chose to file this lawsuit demanding that Wal-Mart include a shareholder proposal that they submitted,” Randy Hargrove, a company spokesman said.

The SEC declared that Wal-Mart was not obligated to include the proposal, but the church is appealing that decision. The case -- Trinity v. Wal-Mart -- is currently waiting to be heard by the United States District Court, District of Delaware.