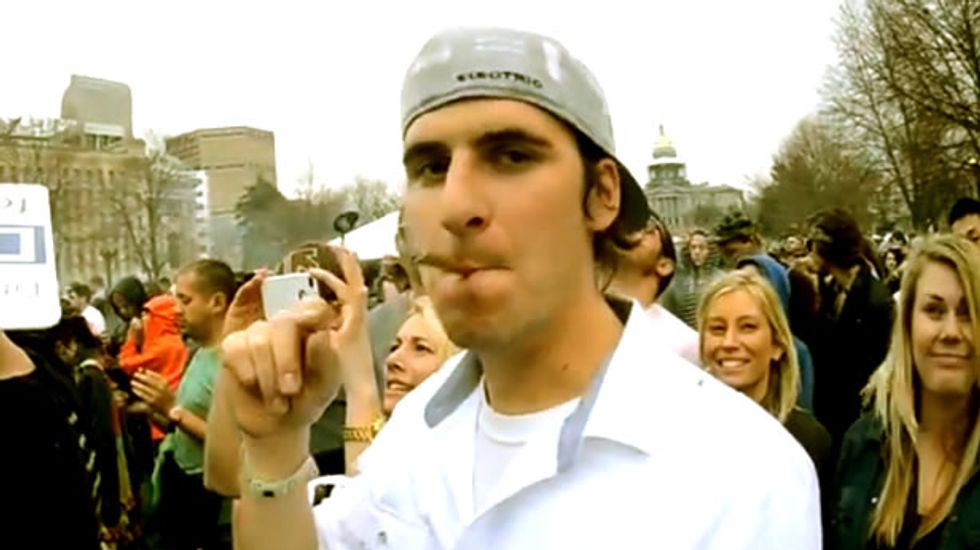 Authorities predict that Denver's first "420 Rally" since the legalization of marijuana will be the largest to date, but remind attendees that smoking pot in public is still illegal.

Recreational marijuana use was legalized in Colorado on January 1, 2014, and has proven to be quite lucrative for the state.

However, as Denver City Councilman Charlie Brown told NBC News, "the state constitution and city ordinances make smoking pot in public illegal, [so] if they want to celebrate 4/20, they should do so in the privacy of their home."

According to the group organizing the two-day event, "Colorado is the epicenter of the industry and all eyes will be on Denver on 4/20/14." The state, organizers claim, "has taken aggressive steps to ensure the marijuana industry realizes its potential in a credible, responsible manner."

Miguel Lopez, one of the event's founders, said that "[w]hile this year’s rally is still a celebration of the marijuana culture and a protest against the federal prohibition against its use. Our goal is to create a positive environment for users to share stories, learn about the industry and create informed opinions on the remaining issues facing the industry."

Colorado Governor John Hickenlooper expressed dismay that his state has become so closely associated with the 420 movement. "Colorado is known for many great things," he said, "marijuana should not be one of them."

The Denver Police Department told NBC News that it plans to have "a large presence" at the event, but that it will use "discretion" when handing out citations to those who smoke openly at the rally.

Watch a video of the first day of the rally from About Colorado TV below.