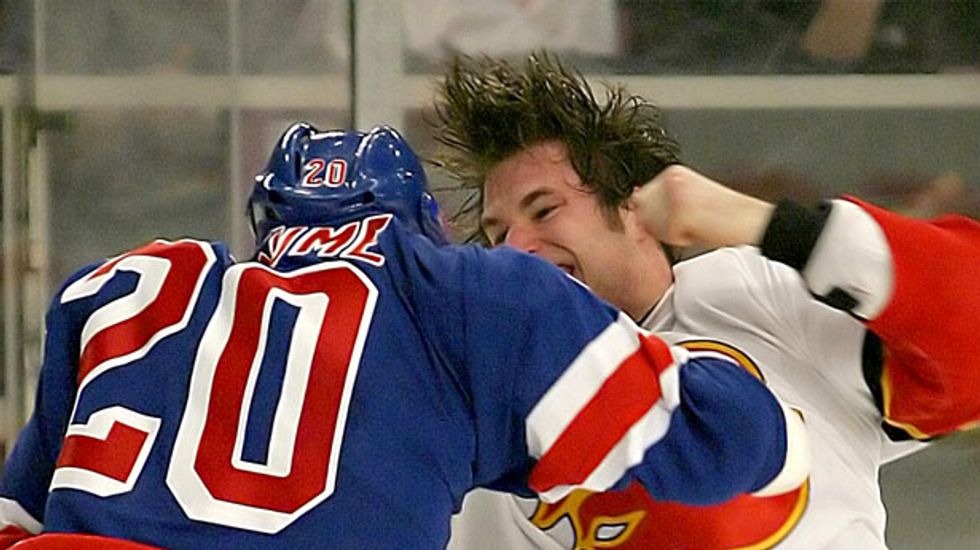 NEW YORK (Reuters) - A charity hockey match between New York City firefighters and police officers devolved into a brawl on the ice on Sunday, according to videos and photographs posted online and a local newspaper.

Hockey sticks, gloves and helmets littered the ice at Nassau Coliseum in Uniondale, New York, about 30 miles east of New York City, as players from both teams grappled with each other for several minutes as the crowd roared their encouragement in videos posted on YouTube and Instagram.

Beyond the usually good-natured rivalry between the two departments, it was not clear what triggered the brawl, which took place in the second period of the match as the teams were tied 3-3, according to Newsday.

Tempers were eventually calmed, and the New York Police Department went on to win 8-5.

Fire department officials declined to discuss the brawl, and police did not immediately respond to a request for comment.