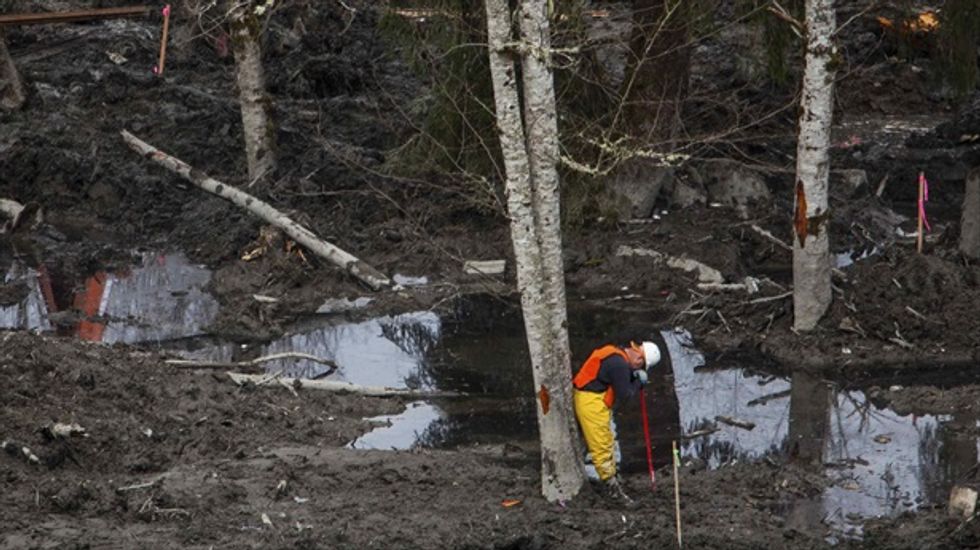 OLYMPIA, Washington (Reuters) - The widow of a man killed in the Washington state mudslide has filed damage claims asserting that official inaction contributed to the disaster that took more than 40 lives.

Thomas Durnell, 65, was at home on March 22 when the mudslide hit and is among the 41 confirmed fatalities. Of those, 39 people have been identified by the coroner. Workers are still searching for up to four more victims listed as missing.

In her claim against the DNR, she says it violated its own rules, and contributed to one of the deadliest landslides in U.S. history, by allowing the clear-cutting of trees in an area highly vulnerable to soil erosion in 2004.

The county, said her attorney, Corrie Yackulic, knew that the area where the Durnells bought their home in 2011 was prone to mudslides but failed to properly warn those living there.

The claims, filed with the county and government agency, are a likely precursor to a lawsuit, Yackulic said, adding that she would not be surprised if more survivors of the mudslide took similar action.

The slide occurred when a rain-soaked hillside collapsed above the north fork of the Stillaguamish River, unleashing a torrent of mud that clogged the river, swallowed up a stretch of a state highway and crushed some three dozen homes on the outskirts of the tiny community of Oso, 55 miles northeast of Seattle.

Like other victims of the slide, who ranged in age from a four-month-old infant to a 91-year-old retiree, Durnell's official cause of death was multiple blunt force trauma.

[Image: A rescue worker takes a break while working in a debris field left by a mudslide in Oso, Washington April 3, 2014. By Max Whittaker for Reuters.]