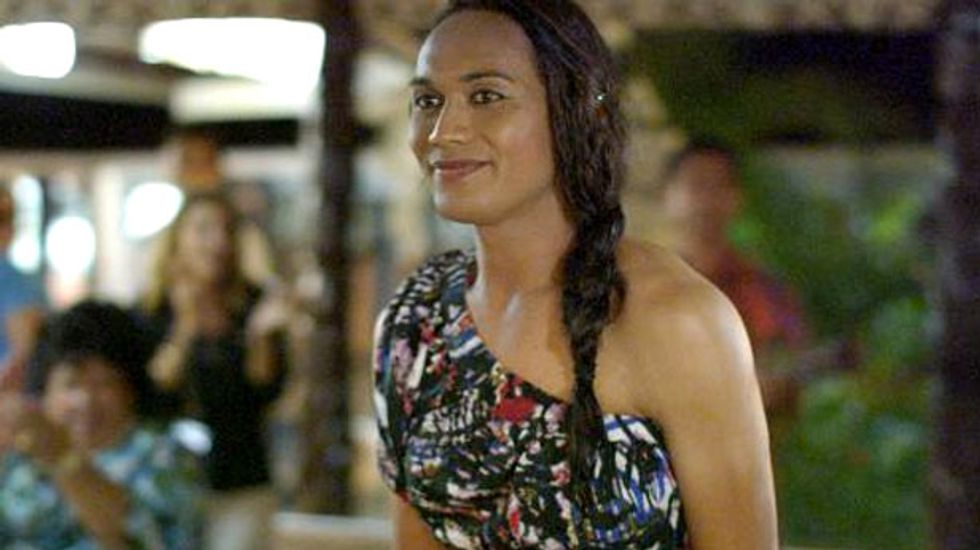 As the best footballing nations on the planet prepare for the World Cup, a new documentary celebrates how the game's worst team, American Samoa, bounced back from a record 31-0 defeat.

The film, "Next Goal Wins", tells how an unlikely group including international football's first transgender player, a psychologically scarred goalkeeper and a chain-smoking Dutch coach restored the tiny Pacific nation's footballing pride after the 2001 humiliation against Australia.

When London-based filmmaker Mike Brett began work on the project in 2011, American Samoa had languished at the bottom of the FIFA rankings for the team's entire 17-year existence, losing all of the 30-plus matches they had contested.

The low point was the 31-0 loss to the Socceroos in 2001, when striker Archie Thompson contributed 13 goals to the most lop-sided scoreline ever recorded in an international.

Nevertheless, American Samoa kept turning up at tournaments even as their roll of shame lengthened -- including an 11-0 loss to Fiji in 2004, 15-0 to Vanuatu in 2007 and 12-1 to the Solomon Islands in the same year.

Brett and co-director Steve Jamison became intrigued by the Pacific Island amateurs who kept coming back, despite the heavy defeats and scorn poured on them by many in the footballing world.

"That 31-0 result is like the punchline to a joke or the answer to a pub trivia question," Brett told AFP. "We wanted to go behind the headlines and tell the human story."

Brett and Jamison were keen amateur footballers but ended up filming advertisements for sports brands such as Nike and Adidas.

After working with top clubs including Barcelona, Arsenal and Manchester United, Brett admitted they became jaded as the commercial side of football lost its lustre.

"We slightly fell out of love with the game that we remembered from when we were kids and when this came along it was an opportunity to really go back to our roots," he said.

But first they needed to persuade the American Samoans they were not planning a mockumentary that would take cheap shots at the team's already wounded pride.

"We had to explain to them that we weren't looking to take the mickey," Brett said. "We were genuinely in awe of these guys, who were clearly in love with the game so much that they'd play for 17 years straight without winning a single match.

"It says something about the purity of their commitment to the game and their utter unwillingness to give up, even in the face of defeat after defeat."

- Just another player, even if I run like a girl -

Once they had gained the team's trust, the filmmakers encountered a fascinating group of individuals desperate for footballing redemption.

Among them was defender Jaiyah Saelua, born John Saelua and recognised by FIFA as the first transgender player in international football.

Saelua is a fa'afafine, part of a Polynesian tradition which -- in her words -- recognises that someone who is born male can have the spirit of a woman.

While a transgender player may attract prejudice in some western teams, Saelua's Samoan teammates who grew up with fa'afafine simply accepted her as another member of the squad.

And then there was Nicky Salapu, the goalkeeper traumatised by the 31-0 defeat, who would wake up at night a decade later reliving the experience of picking the ball from the back of his net time after time.

Other squad members included a overweight midfielder named Rambo and a player who smoked during training.

- Footballers not all horrible millionaires -

The coach charged with bringing the disparate group together was Dutchman Thomas Rongen, a gravel-voiced maverick whose tough approach initially alienated the easy-going Samoans.

The film follows their fortunes as they struggle to find form, culminating in the country's first ever win against Tonga in late 2011.

Brett said the Samoans' never-say-die attitude had rekindled his love of football and professional players such as former England defender Graeme Le Saux had reacted in a similar manner after seeing the documentary.

With the World Cup around the corner, he said the film, which will screen at the Sydney Film Festival next month, was a reminder to everyone of the simple joys of football and sport in general.

"People want us to say 'oh, look at all these horrible football millionaires, aren't they terrible people and aren't these poor Samoans great'," he said.

"That's pretty patronising both to the Samoans and the pros. Most of the professionals dearly love the game, but they're in a highly pressurised environment where it can be easy to lose sight of that."

America Samoa is currently ranked 197 in the world, 10 places from the bottom of the FIFA rankings.