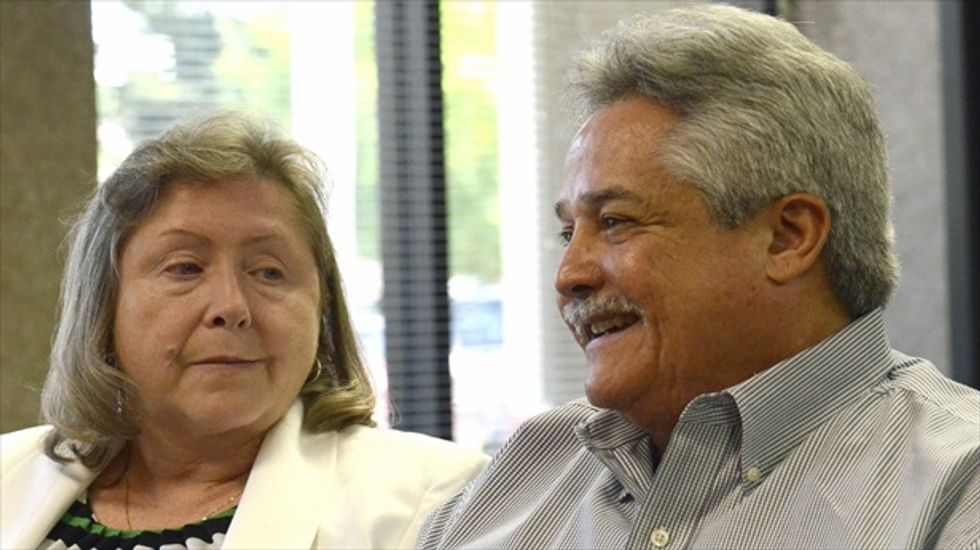 JACKSONVILLE, Florida (Reuters) - U.S. Army veteran Mario Hernandez, 58, was sworn in as a citizen on Wednesday, decades after he believed he had been naturalized when he enlisted during the Vietnam War era.

Immigration officials apologized to Cuban-born Hernandez after admitting the agency made a mistake in March when it rejected a naturalization application he had filed to correct his status.

"I feel like I have been reborn. I feel like crying. I feel like jumping for joy," a teary-eyed Hernandez told reporters after the brief ceremony in Jacksonville.

The ceremony at the local office of the U.S. Citizenship and Immigration Services was arranged after national media reported his story last week.

Hernandez, who came to the United States with his family when he was 9 years old, believed for almost 40 years that the military took care of his naturalization paperwork when he enlisted in 1975.

No red flags were raised in multiple background checks during his later career in government service, including in the federal prison system where he was trusted enough to watch over Oklahoma City bomber Timothy McVeigh and informants in the witness protection program.

Hernandez, now retired, realized he was not a citizen only in 2013, when he began to apply for a passport to take his wife on a cruise.

The Jacksonville field officer who denied his application for naturalization did not understand that Hernandez's military service made him eligible for naturalization without first having a green card, according to Sharon Scheidhauer, a spokeswoman for USCIS.

Scheidhauer also apologized to Hernandez for the fact that the experience had made him fear the agency was trying to build a criminal case against him for holding himself out as a citizen.

Hernandez was still nervous about his fate when he arrived for the private meeting in Jacksonville with immigration officials on Wednesday.

"Hopefully, it will be a good outcome," he told reporters. "The first time I was here, they treated me like dirt."

But Hernandez, who was told to expect his naturalization would be approved, exited the meeting angry after officials said they lacked jurisdiction over his case.

More than an hour later, backed by an approval from a federal magistrate in Pensacola, Florida, Hernandez stood next to an American flag and took his oath of naturalization.

After tiny souvenir American flags were distributed to family and friends in attendance, Hernandez said he planned to immediately register to vote, and complete his passport application.

"I'm happy to have citizenship in greatest country in the world," he said.

[Image: Bonita Hernandez (L) sits with her husband, Mario Hernandez, in the interview area inside the U.S. Citizenship and Immigration Services office in Jacksonville, Florida, May 21, 2014. By Don Burk for Reuters]