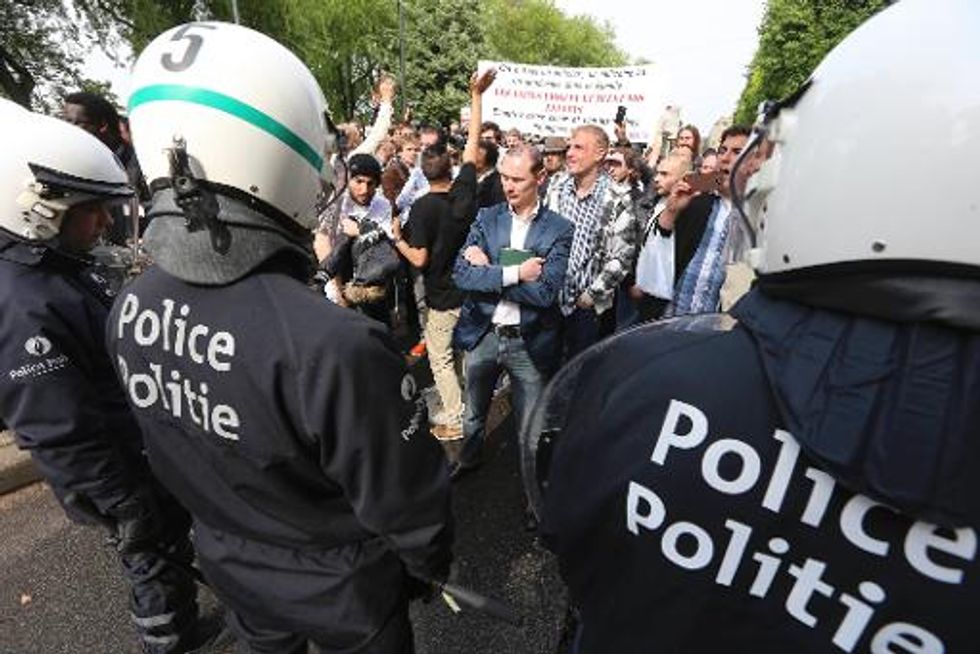 Riot police in Brussels Sunday used water cannon to disperse a crowd defying a ban on a gathering of controversial far-right figures including French comic Dieudonne, which critics called an "anti-Semitic hatefest". Citing a threat to public order,…