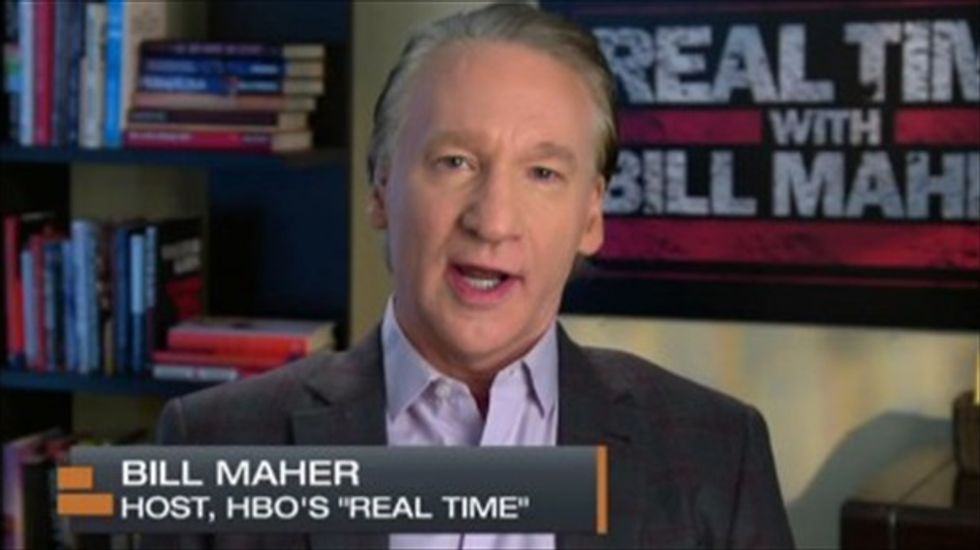 In terms of 2016, Maher said that he hopes former Sec. of State Hillary Clinton will team up with Sen. Elizabeth Warren (D-MA).

"I think somebody like Elizabeth Warren," he told King, "one of the most gutsy people I’ve seen in politics in a long time—she’s somebody, I think, who would really say what she feels and she may not ever win anything, but I'd love to see her run with Hillary. How about that? A granny ticket."

He went on to say that the Vatican canonized Pope John II in a hurry because "they need some good publicity. You know after the unpleasantness, Larry with the little boys."

And the "Real Time" host said that he hopes the Republicans will try to impeach President Barack Obama because it would "fire up the left-wing base."

"If Benghazi is as awful as they say it is then isn’t it your obligation to impeach him?" Maher said to Republicans. "And that would be great, because that would fire up the left wing base. So I’d like to see the impeachment go forward. I’d like to see them put their money where their mouth is."

On Hillary Clinton and Elizabeth Warren:

On the rapid canonization of Pope John Paul II:

On why he hopes the Republicans will impeach Obama:

Bill Maher on Why He Hopes Republicans Move to... by LarryKingNow