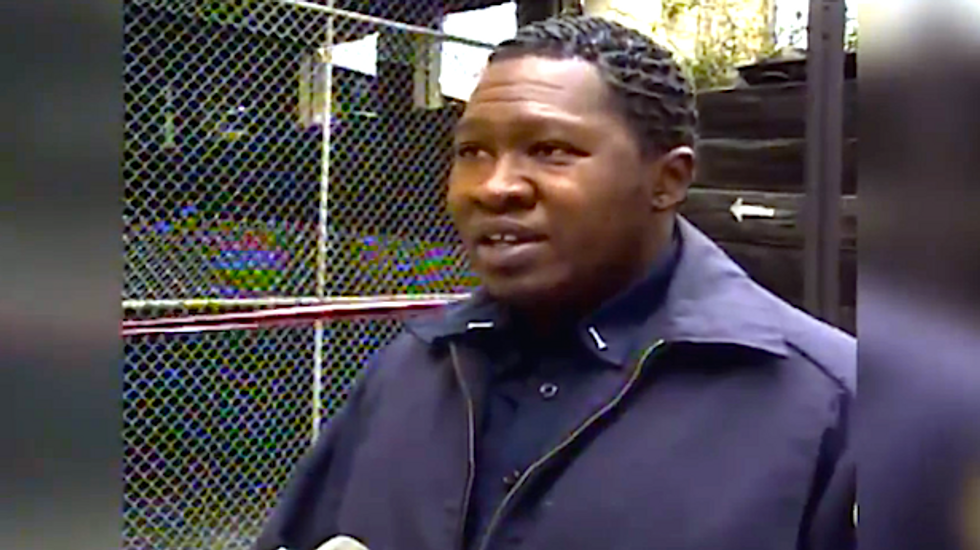 A Florida fire division chief is under investigation for his alleged use of a racial slur to describe concertgoers during a staff meeting.

Another firefighter complained that Fire Marshal Kevin Jones used the N-word while discussing maximum capacity during a planning meeting for Jacksonville’s Welcome to Rockville concert festival.

“If those [expletive] try to put more than that in the park, they will have to deal with me,” Jones is accused of saying.

“This was very offensive to me as a black man because of all the racial issues going on within the (Jacksonville Fire Department),” said engineer Stephen Crooms, who made the complaint.

The U.S. Department of Justice and the Equal Employment Opportunity Commission filed promotion discrimination suits against the city and firefighters union in 2012, and two dozen firefighters sued the city and union the previous year on similar claims.

All three of those suits are still pending.

Jones declined to discuss the complaint, but he admitted he was concerned about them.

Fire Chief Martin Senterfitt said his department welcomes cultural diversity, but he said various points of view must be considered.

“Just because people speak or use terminology or street slang that we may not recognize or be part of, that doesn’t mean we automatically attack them for it,” Senterfitt said. “We have to recognize not everybody’s the same.”

Senterfitt, who is white, said investigators must determine whether Jones used the racial slur maliciously.

But he said some form of discipline would be imposed if Jones did indeed use the N-word.

Options for punishment include sensitivity training, reprimand, suspension, or firing.

A fire department spokesman said Jones does not have a disciplinary file from recent years.