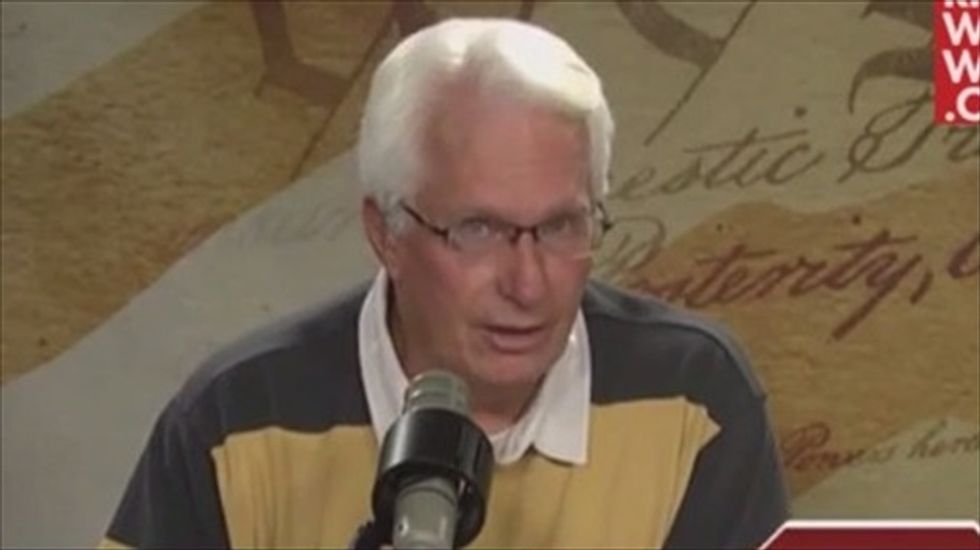 Conservative radio host Bryan Fischer and one caller couldn't quite agree whether they felt President Barack Obama had leprosy in the physical or metaphorical sense, in video posted by Right Wing Watch on Friday.

"I was telling my wife this morning, he's gonna turn into a white man," the caller explained to Fischer. "It isn't caucasian, he's fraught with leprosy. I said, 'He's already half-white.'"

When Fischer asked whether the caller was referring to a physical condition, the unidentified man answered, "It's manifesting itself more and more now."

Fischer seemed to be attempting to steer the caller toward saying Obama was suffering from "spiritual leprosy,' with middling results.

"He's infecting everybody that he touches, just like the lepers did," the man told Fischer. "And the only cure for that is Jesus' touch. So unless he turns toward Jesus, it's just going to get worse."

Fischer did not mention that Obama is a practicing Christian. Instead, he kept asking the caller whether he actually saw physical signs of the president's "ailment," before the caller chuckled and seemed to backtrack.

"I think you're exactly right when you say leprosy is a symbol for sin," Fischer reassured him. "The solution for that is Christ, and whatever there is that's toxic about our president, I do believe he has a worldview that's very skewed, very distorted."