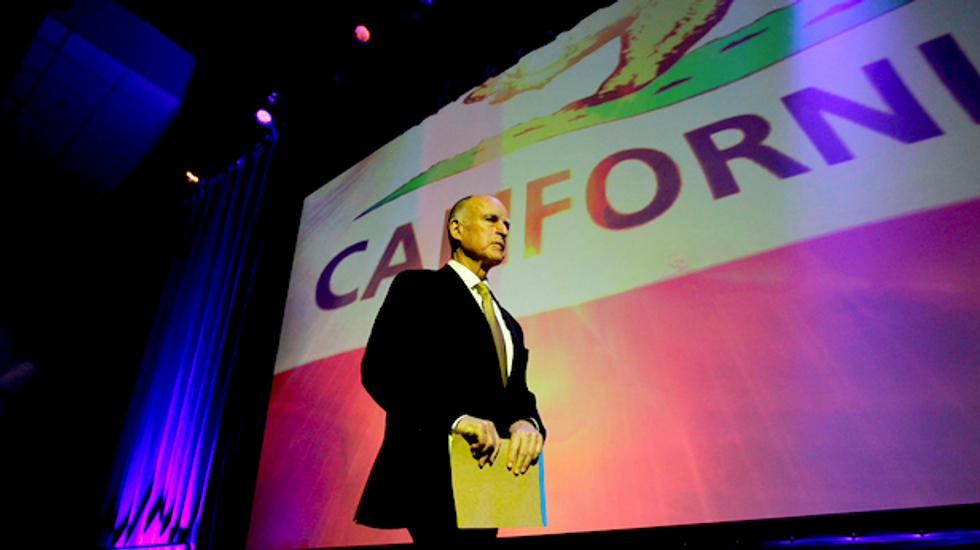 California Gov. Jerry Brown's insistence on paying down debt and stockpiling savings instead of increasing funding for social services for the poor resonates with voters, who support the idea overwhelmingly, a new poll shows.

The study by the Public Policy Institute of California showed that 57 percent of likely voters prefer Brown's proposal of paying debts and saving cash for hard times, compared with 39 percent who say the state should shore up its tattered safety net.

"Where Brown stands on these issues, in taking a more fiscally prudent approach, is in line with what the likely voter electorate wants," said Mark Baldassare, president and CEO of the Public Policy Institute.

The survey also showed Californians are deeply concerned about the state's ongoing drought, with 66 percent following news about the state's drought and 59 percent living in areas where they say water supply is a serious issue.

Brown's fiscally moderate approach to the state budget is widely credited for putting the state on its feet after years of multi-billion dollar budget deficits.

His tight-fistedness positions him well with voters in the state's open primary next month, when he is expected to handily beat Republican competitors Tim Donnelly and Neel Kashkari for re-election.

But it has put him at odds with some more liberal Democrats in the legislature, who are pushing for increased funding for social programs.

The population as a whole is more split on the budget question than are the likely voters, who tend to skew a bit older and more conservative.

In the broader group of all adults, 46 percent of Californians supported Brown's approach while 48 percent supported restoring funds to social programs that were cut in previous budget years.

But when a description of Brown's plan, which does include some increases in social service spending, was read to respondents, the preference for it soared - to 73 percent among likely voters and 74 percent among all adults.

The poll surveyed 1,702 adult California residents by telephone from May 8 to 15, with a margin of error of 3.6 percent.