Calif. fire chief armed and on the run amid suspicion of murdering 26-year-old fiancee 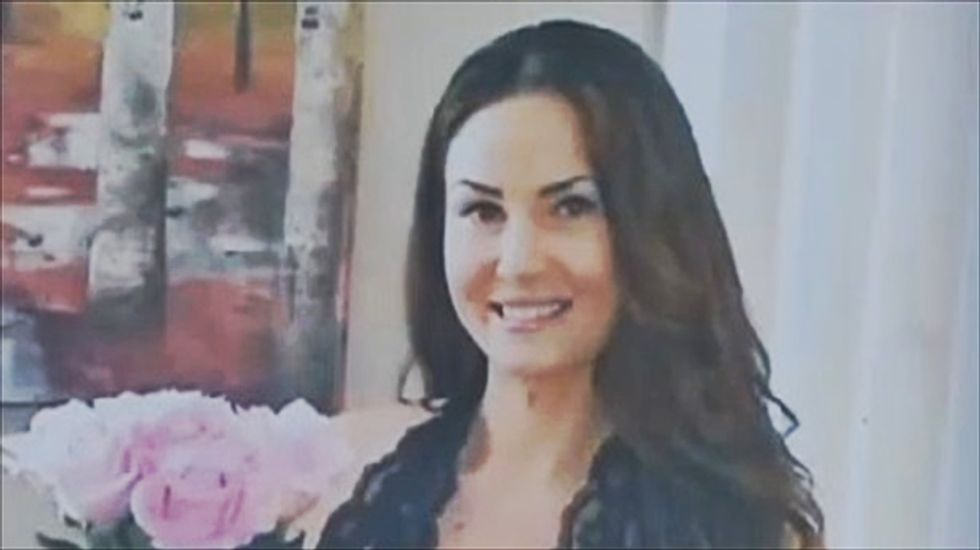 Calif. fire batallion chief on the run amid suspicion of killing girlfriend [KOVR-TV]

A California fire batallion chief has been relieved of his duties and is on the run amid suspicion of stabbing his fiancee to death and might have gotten help from someone he met through an adult services website, KOVR-TV reported.

"We do know she had been advertising on Redbook as an escort in the past," Sacramento County Sergeant Lisa Bowman told KOVR.

However, CNN reported that authorities also believed Douglas did not use the website after beginning her relationship with Fleming two years ago.

Douglas' sister found the victim dead in a Sacramento home she shared with Fleming on May 1. Authorities determined she had been stabbed 20 times and strangled. That same day, Fleming's truck was found abandoned by police in nearby Elk Grove. He has not been seen since. Police believe someone he met on the website picked him up in another vehicle, and he is believed to be carrying .25-caliber and .45-caliber handguns.

"We have information that he has most likely reached out to someone in the community of myredbook.com," Bowman was quoted as saying.

KFBK-FM reported that Fleming was relieved of his duties after not reporting for work for five straight days, but fire officials denied that it was connected to the criminal investigation against him.

The Sacramento Bee reported that Fleming also has keys allowing him to access remote California Department of Forestry and Fire Protection facilities around the state, including food lockers and trails not available to the public.

"All those things that we know, a survivalist or outdoorsman like we know he is can actually survive and hide much longer," Bowman told KOVR.

The victim's sister, Stephanie Douglas, told KTXL-TV on Wednesday that her sister called her just before dying.

"He pushed her down. She was fighting so hard," Stephanie Douglas was quoted as saying. "That's some serial killer sh*t. He couldn't control her; he threw a sheet over her, so she couldn't fight anymore. He pushed her down and tied it around her neck."

But the suspect's estranged wife, Meagan Fleming, accused Sarah Douglas of attempting to extort his family last year in an interview with KXTV-TV.

"She was a prostitute and he owed her money, $1,500," Meagan Fleming was quoted as saying. "She said to me and my daughter, 'if your husband doesn't pay, your husband will go to jail, and I have a sex tape with him.'"

Watch KOVR's report on Fleming's possible whereabouts, as aired on Wednesday, below.