California drought to cost farmers $1.7 billion and leave 14,500 without jobs 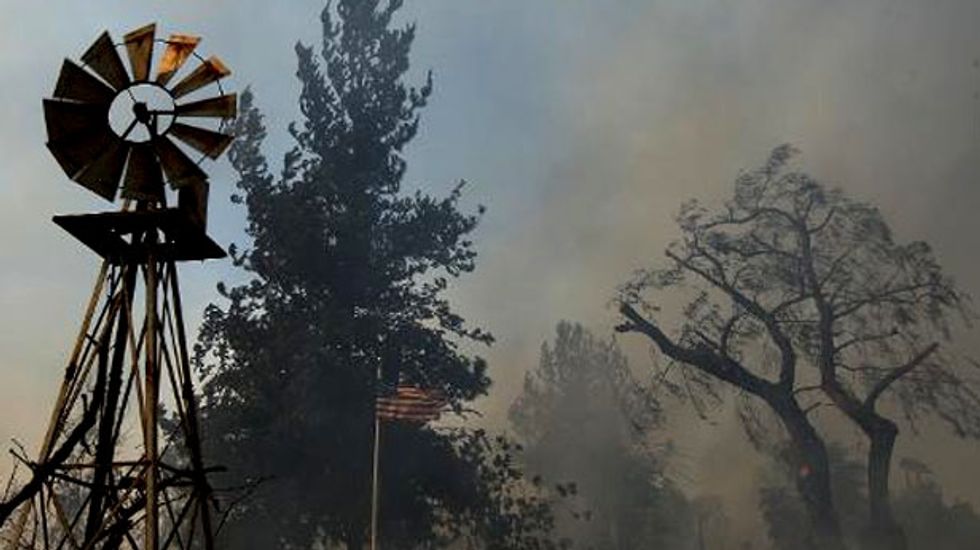 One of California's worst droughts in decades could cost the US state's farmers $1.7 billion, a study warned, a week after alarmingly early wildfires forced tens of thousands of homeowners to evacuate.

The drought could leave 14,500 workers without jobs in California's Central Valley, known as America's food basket for providing vast supplies of fruit, vegetables and meat.

The new study, by the University of California's Davis Center for Watershed Sciences, released on Monday, found that farmers in the Central Valley would get only two-thirds of their normal river water this year.

Some six percent of irrigated cropland will have to lie fallow, while groundwater pumping will cost $450 million, more than a quarter of the estimated $1.7 billion the drought will cost the farming industry.

"Without access to groundwater, this year's drought would be truly devastating to farms and cities throughout California," said Jay Lund, director of the Center for Watershed Sciences.

The Central Valley, which runs for about 450 miles (700 kilometers) south to north, is the "richest food-producing region in the world," it said. Much of America's fresh fruits, nuts and vegetables are grown on its seven million acres of irrigated farmland.

"The research confirms where emergency drought assistance will be needed most," said Karen Ross of the California Department of Food and Agriculture (CDFA), which co-funded the research with the University of California.

California's drought -- the third year in a row with well below average rainfall -- has also extended the annual wildfire season through the winter, rather than seeing a seasonal lull.

Last week nearly a dozen wildfires erupted in San Diego County, forcing tens of thousands of residents to flee their homes amid an intense heatwave. Temperatures abated over the weekend.

While the drought will impose "major hardships on many farmers, small communities and the environment," it should not threaten California's overall economy, said Lund.

Agriculture accounts for under three percent of the state's $1.9-trillion-a-year gross domestic product.