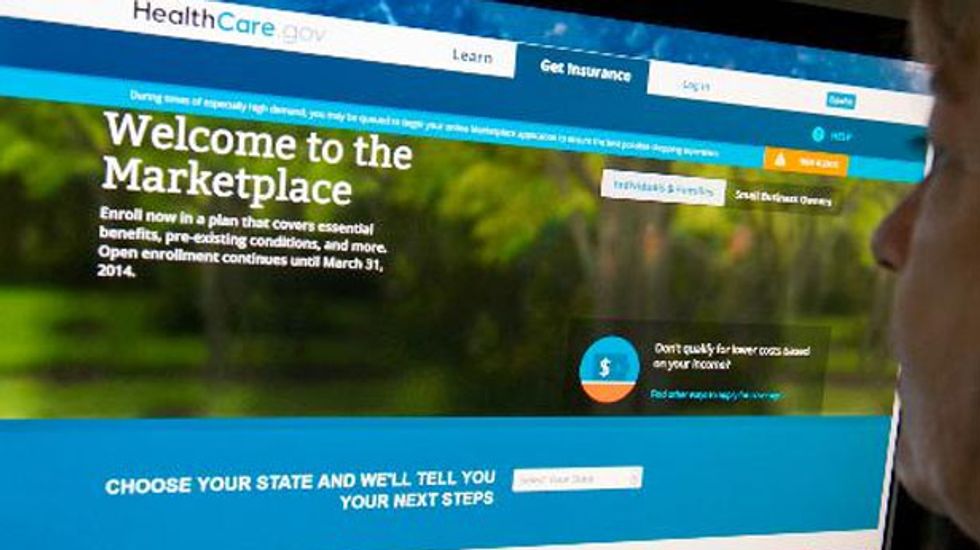 A group of healthcare experts close to the White House is urging the Obama administration to appoint a new chief executive officer to oversee Obamacare's online health insurance exchanges and safeguard the next open enrollment period that begins in six months.

The recommendation, in a report due to be released by the Washington-based Center for American Progress think tank, calls for a major shakeup within the U.S. Department of Health and Human Services, which presided over last year's disastrous rollout of the federal market portal, HealthCare.gov.

The idea would be to take the exchanges out of the current bureaucracy and put them in the hands of a CEO with private-sector experience who could run them as true e-commerce sites. The CEO would answer only to President Barack Obama and his intended new health secretary, Sylvia Mathews Burwell.

CAP's plan would have the CEO assume full oversight of both federal and state exchanges, as well as insurers and market regulations, but not Medicare or Medicaid.

The White House said in a statement it had not reviewed the CAP recommendation, but was open to considering "all ideas" that might improve the law's implementation after the botched October rollout and subsequent recovery.

The report's co-authors, including former White House healthcare adviser Dr. Ezekiel Emanuel, say the change should be made soon to address challenges that include the completion of automated "back end" systems needed to carry out vital functions with insurers, state Medicaid agencies and other entities.

"An absolutely essential element of achieving these goals is having the exchange run by a CEO who is both given the resources and made accountable for the exchange's performance," Emanuel, who teaches at the University of Pennsylvania, told Reuters in an email from Switzerland.

The idea is not new. Reform advocates, including CAP pressed the same idea on the White House after HealthCare.gov's October crash, the first in a series of setbacks that posed a political challenge for Obama and his Democratic allies. The administration opted instead for a more narrowly defined health technology czar to rescue the site.

The report's authors believe the administration could be more open to the idea now that last year's crisis is history and Burwell, known for her managerial skills, is poised for Senate confirmation and expected to bring her own team to HHS.

The administration is already looking at leadership options within the Centers for Medicare and Medicaid Services (CMS), the HHS agency largely responsible for the implementation of the Affordable Care Act, popularly known as Obamacare.

"There are different management leadership models under consideration right now," CMS Chief Operating Officer Tim Love said on May 7 in testimony before a Senate Appropriations subcommittee.

He was referring to the CMS Center for Consumer Information and Insurance Oversight (CCIIO), which oversees Obamacare exchange regulations.

"I know the (CMS) administrator is consulting with the department and the White House on what the most rigorous leadership model for the CCIIO front office would be," Love added.