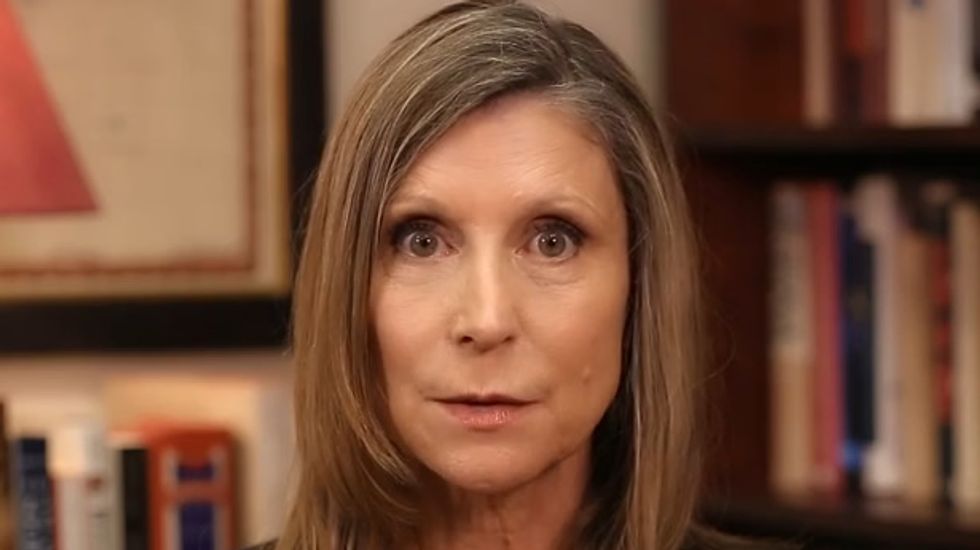 The American Enterprise Institute's "Factual Feminist" podcast declared this week that while sexual assault on campus is a genuine problem, a "rape culture crusade" is a counter-productive and hysterical "solution" to it.

In the podcast, Christina Hoff Sommers -- best known for her critiques of late-twentieth century academic feminism -- argues that the idea of a "rape culture crusade" is akin to the moral panics of the 1980s. In particular, the idea that a "rape culture" exists on campuses reminds her of the "Satanic panic in preschools" in the 1980s.

Sommers begins by playing a clip of someone she identifies as a "left-leaning anarchist" who "once defend the idea of due process for those of sexual assault" being shouted down by "rape culture activists."

"They may think their movement is progressive and world-improving," Sommers argues, "but in reality, it's just the opposite." As evidence, she notes that professors at many institutions have been forced to place trigger warnings on their syllabi, and that students at Boston University had a Robin Thicke concert cancelled because they believe "his hit song 'Blurred Lines' is supposedly a rape anthem."

"Presumed guilty is the new legal principle where sex is concerned," she says. "This movement will not help victims, but it will turn our campuses into hostile environments for free speech and due process."

"We're in the throes of another one of those panics," she continues, "where paranoia, censorship, false accusations flourish and otherwise sensible people abandon their critical faculties."

Sommers then compares the "campus rape culture crusade" to "the panic over day care centers in the 1980s." She isolates one such incident -- the McMartin preschool trial -- in which the woman claiming that her child was being abused had a history of mental illness, then describes how that didn't matter "once the news media seized on and paranoia about Satanic cults became a national epidemic."

She then argues that this gave rise to a cottage industry of "abuse therapists, who joined with conspiracy-minded feminists," and the current attention being paid to sexual assaults on campus is "an eerie recapitulation of the daycare abuse scare."

"Once again," she continues, "the hysteria is being driven by the constant repetition of a fictitious statistic, in this case, the claim that one in five women on campus has been the victim of rape. Once again, conspiracy feminists are at the forefront of this movement -- just as feminist psychologists persuaded many young children that they had been abused, so feminist activists have persuaded many young women that a foolish drunken hookup was actually a felony rape."

Watch the entire video, "Rape culture panic is not the answer," below.