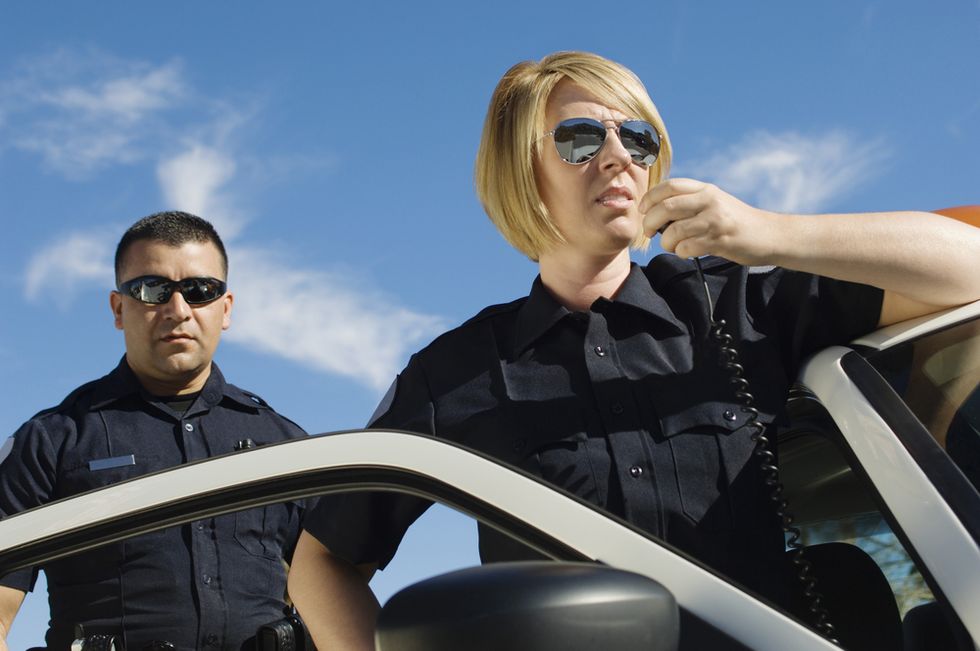 Dallas Police Chief David Brown called for body cameras for officers this week after two city police officers were indicted for shooting civilians, one of whom was a mentally ill man who was off his medications.

The Associated Press said that Officers Cardan Spencer and Amy Wilburn were both charged with aggravated assault by a public servant in cases where their testimony did not match up with video evidence.

Spencer was indicted by a Dallas County grand jury last week over the shooting of 52-year-old Bobby Bennett, which took place on October 13 of last year. Spencer claimed that Bennett lunged at him with a knife, prompting him to open fire. Video taken from a neighboring house's surveillance cameras, however, showed Bennett standing stock still on the lawn of his mother's home in Rylie, TX, before being struck by a bullet and crumpling to the ground.

Joyce Jackson, Bennett's mother, told the AP after the incident that her son was diagnosed with schizophrenia and bipolar disorder. At the time of the shooting, she said, he was off his medication.

Officer Amy Wilburn reportedly shot an unarmed 19-year-old who was riding in a stolen car on December 19 of last year. Wilburn's attorneys claimed that the officer thought Kelvion Walker was reaching for a gun.

Witnesses, however, report that Walker's hands were in the air and he was trying to surrender when the officer shot him.

"Walker and his attorney, Geoff Henley, filed a federal lawsuit against Wilburn in mid-December," reported the Dallas Morning News. "Attorneys in the case are currently going through the discovery process."

Brown told the AP on Monday that he believes officers should be equipped with body cameras like the constantly-recording cameras already on police cruiser dashboards. In disputed situations, he said, officers' testimony will not be the only evidence.

Peace officers, he said, have "a responsibility to use only the degree of force necessary to protect and preserve life."

Police union official Ron Pinkston said, however, that the indictments send the wrong message, that officers will feel unduly constrained regarding the use of force and that the end result will be more officer fatalities.

"The result will be more names on the police memorial wall," Pinkston said.

Videos can be misleading, he said, and the way police work is not always clear to laymen.

"The video is just one part of the investigation," he insisted to the AP. "But that's not what the public sees. They only see the video and they make conclusions off the one piece of evidence."

A study in Rialto, California found that over the first year, "(e)ven with only half of the 54 uniformed patrol officers wearing cameras at any given time, the department over all had an 88 percent decline in the number of complaints filed against officers, compared with the 12 months before the study, to 3 from 24."

Furthermore, "Rialto’s police officers also used force nearly 60 percent less often — in 25 instances, compared with 61. When force was used, it was twice as likely to have been applied by the officers who weren’t wearing cameras during that shift, the study found."

The Associated Press reported Sunday that in Chesapeake, Virginia, a year of camera use by police produced a sharp drop in complaints against the police department -- 51 for 2013, down from 81 the year before.