Donald Trump: Gay NFL player 'pretty out there' for kissing boyfriend in public 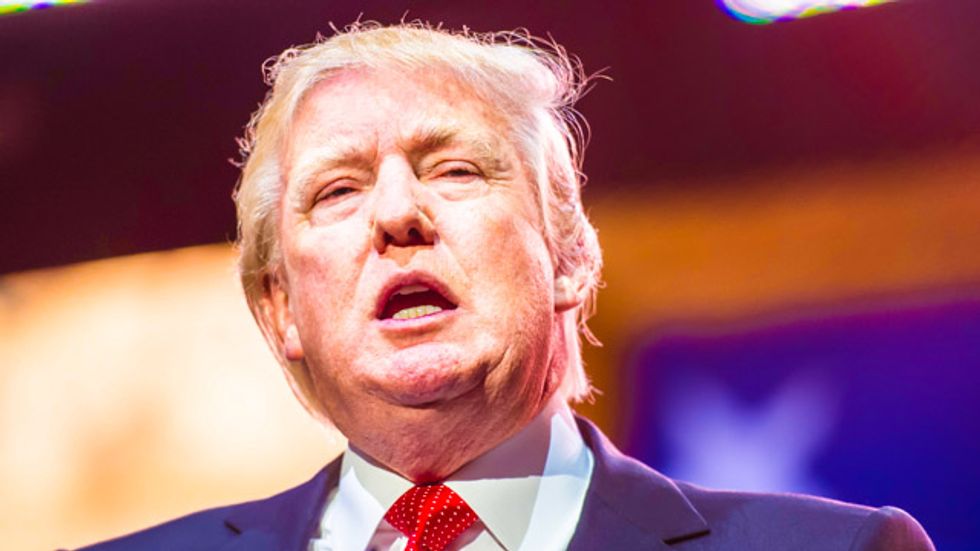 Conservative billionaire Donald Trump said on Monday that he had been shocked to see Michael Sam's reaction when he was chosen in the NFL draft because kissing his gay boyfriend in public had been "pretty out there."

During his weekly Fox & Friends morning segment, Fox News host Steve Doocy asked Trump if there was a "double standard" in the NFL that allowed Tim Tebow to be mocked for openly Christian displays, but praised "Michael Sam for being gay."

"Well, I guess there must be," Trump agreed. "Because, Tim Tebow, he went through hell. They went after him like crazy."

"And I didn't really get to see much because I was leaving New York, but I was watching as he got [chosen]," the reality TV star continued. "But I did see his reaction with the birthday cake or the cake. And you know, I don't know -- if everyone thinks that's a wonderful thing, I guess that's fine with me. But it looked pretty out there to me."

Video of Sam kissing his boyfriend after he was picked in the draft over the weekend evoked strong reactions both for and against the player.

Fox News host Elisabeth Hasselbeck wondered if fining Jones was a "reasonable reaction to his reaction."

Trump called it a "pretty tough reaction," and said that America was "going to hell" because of political correctness.

"People are afraid to talked, afraid to express their own thoughts. And you know, that's their view," Trump noted. "I've heard many people who thought the display after he was chosen was inappropriate. And whether or not it was, I don't know."