Eric Cantor: House will take up bill to make it easier to fire VA officials 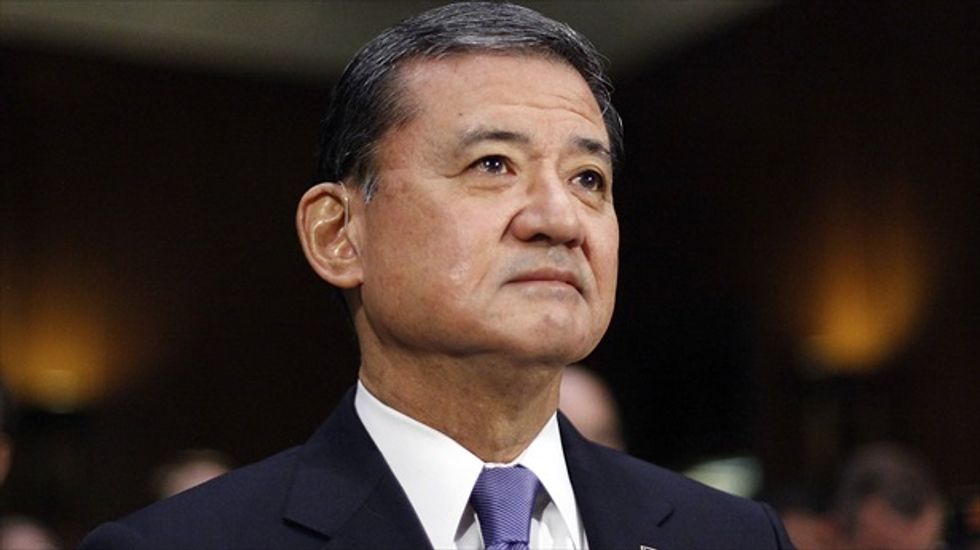 WASHINGTON (Reuters) - The House of Representatives will vote this week on a bill to make it easier for the Department of Veterans Affairs to fire or demote senior executives, officials said on Tuesday, following accusations that veterans' healthcare delays have led to preventable deaths.

The bill addressing the "mess at the Veterans Administration" will "try and provide the tools to the administration to hold senior managers accountable," House Majority Leader Eric Cantor, a Republican, told reporters.

"The American people are frustrated, especially when those who have served our country in uniform have been treated the way they have, and God forbid, who have perished because of the mess at the VA," Cantor said at a news conference.

Eric Shinseki, secretary of the department, has faced calls for his resignation over the allegations, but so far President Barack Obama has resisted the demands and assigned a top White House aide to help the department deal with the problem.

The House bill would give Shinseki "greater authority to fire employees ... due to poor performance in the same manner a member of Congress can remove a member of their staff," according to a bill summary on the House Veterans' Affairs Committee's website.

The department's "widespread and systemic lack of accountability for senior executives is exacerbating all of its most pressing problems," the committee's website said, explaining the need for the bill.

"Department senior executives who presided over negligence and mismanagement are more likely to have received a bonus or glowing performance review than any sort of punishment," the website said.

The legislation, introduced in February, is sponsored by Representative Jeff Miller, a Republican who is chairman of the Veterans Affairs Committee. The bill has over 100 co-sponsors, including some Democrats.

The bill is expected to be considered on the House floor on Thursday.

The VA has put three senior officials in Phoenix on administrative leave because of accusations that VA medical facilities there covered up long wait times for patients, including 40 who died while awaiting care.

Allegations have been made about similar cover-up schemes at VA medical facilities in at least seven other cities.

But Senator John Cornyn, a Texas Republican, on Tuesday sent Obama a letter asking him to withdraw Murawsky's nomination as VA undersecretary of health. Cornyn said Murawsky had been the supervisor of Sharon Helman, director of the Phoenix VA system that is at the heart of the investigation into delayed care for veterans. The Wall Street Journal reported that a Chicago-area VA hospital that Murawsky oversees is being investigated for allegedly using unauthorized appointment waiting lists that made it seem it was meeting the VA's goal of a two-week waiting time.

The White House said on Monday that Obama will speak out soon about the reports of healthcare delays at the VA, which runs the largest U.S. healthcare group, overseeing some 1,700 hospitals and other facilities.

[Image: U.S. Department of Veterans Affairs Secretary Eric Shinseki takes his seat to testify before a Senate Veterans Affairs Committee hearing on VA health care, on Capitol Hill in Washington May 15, 2014. By Jonathan Ernst for Reuters]

On Tuesday, Jan. 19, McConnell made a speech on the Senate floor for the first time since the Capitol riots. At one point during his remarks, he admitted that the riots were provoked by Trump and "other powerful people."