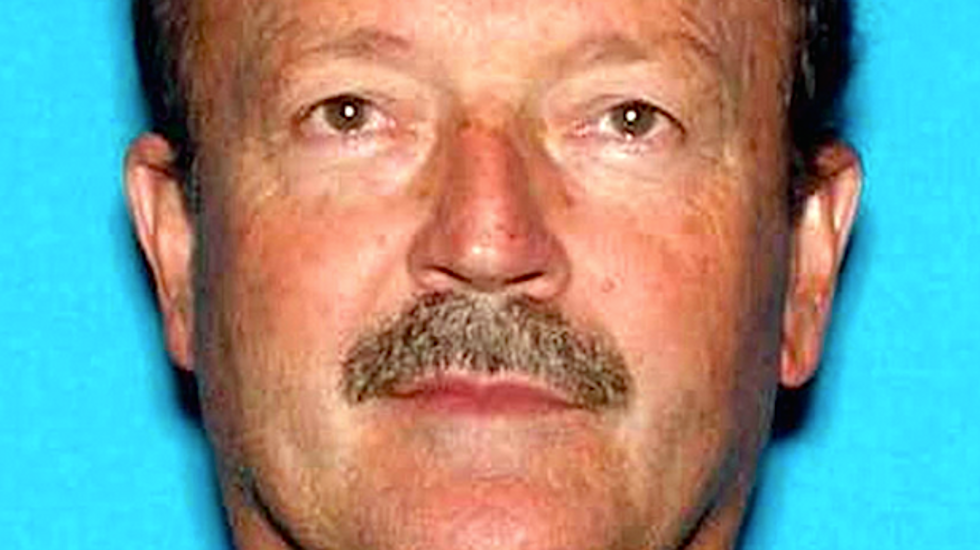 A former California fire chief, who evaded capture for two weeks after his live-in girlfriend was found stabbed to death in the home they shared, was charged with murder on Tuesday.

Orville "Moe" Fleming, 55, who police say has confessed to stabbing Sarah Douglas, 26, was charged with one count of murder at a hearing in Sacramento Superior Court.

"This was a domestic violence homicide," Sacramento County sheriff's investigator Brian Meux told the court. "Despite all the other parts of this case, his employment and the manhunt, it really does just boil down to that."

Before his arrest on Friday, investigators had been searching desperately for Fleming, missing since police discovered Douglas' body in the Sacramento home on May 1. Believing him armed and dangerous, the sheriff's department asked hikers and residents of the state's massive mountain ranges and the picturesque Yosemite Valley to watch for someone matching his description.

In the end, just as detectives were set to expand their quest to Mexico and Canada, Fleming was spotted climbing down from a bus that he had boarded to go purchase food, officials said. He had been hiding in the bushes not far from where his state fire vehicle was found days earlier.

At Fleming's first court appearance on Tuesday, Douglas's family looked on grimly as Fleming was charged.

Werly sat with her sister, Trina Werly, and other family members as Fleming appeared in court to hear the charge levied against him, clad in an orange prison jumpsuit.

He will be represented by a public defender in the case, and is scheduled to appear again in court on May 27.

Trina Werly said she hopes Fleming pleads guilty to spare her family the trauma of a trial.

"It's very hard to see him in court" Trudi said. "We just want justice for Sarah."

Earlier this week, investigators said it appeared that Fleming had tried to kill himself sometime prior to his capture but they withheld details about how he might have attempted to take his own life, or when.

After his arrest, Fleming confessed to stabbing Douglas in their home, said Sacramento Sheriff Scott Jones.

Fleming was fired as a battalion chief for the California Department of Forestry and Fire Protection for failing to come to work since the day before Douglas's body was found.

QAnon Congresswoman Rep. Marjorie Taylor Greene (R-Ga.) caused quite an uproar when she revealed her plan to file articles of impeachment against newly-elected President Joe Biden just one day after his inauguration. Many of Biden's Democratic supporters have pushed back against Greene's efforts, but they are not the only ones who disapprove.

According to The Hill, House Minority Leader Kevin McCarthy (R-Calif.) has also made it clear he does not agree with Greene's stance or her effort to move forward with articles of impeachment against Biden.