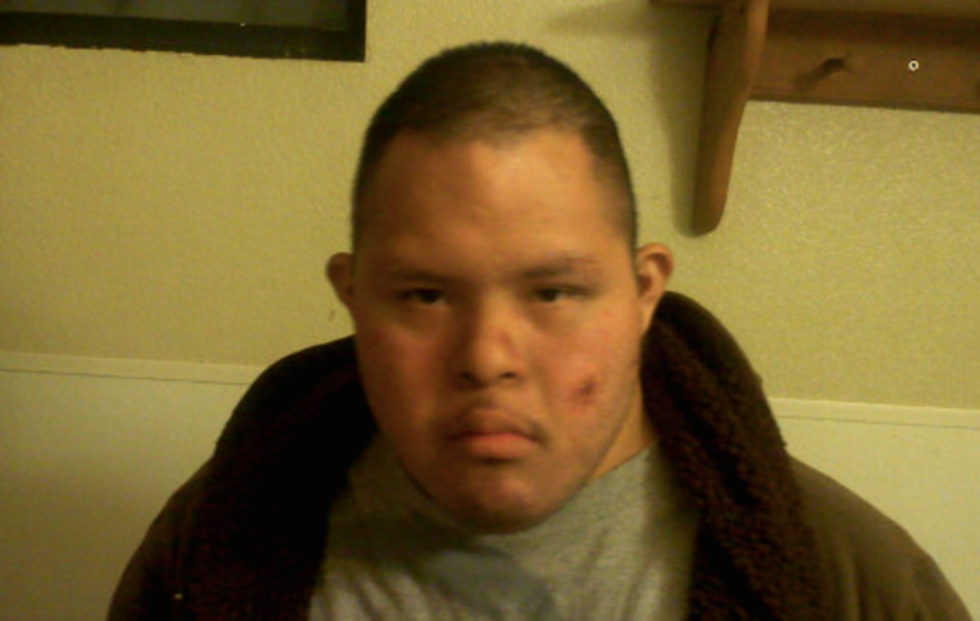 A California family filed suit in Vista Superior Court Thursday alleging that in December of 2012, county sheriff's deputies brutalized their son and brother, 21-year-old Antonio Martinez, who has Down Syndrome and functions at the level of a 7-year-old.

On the night of December 18, 2012, Deputy Jeffrey Guy was responding to a domestic disturbance call when he caught sight of Martinez, who was flipping up the hood of his sweatshirt while walking to his family's bakery.

Guy ordered the 4-foot-11 Martinez to stop, but Martinez continued to walk in the direction of the bakery. According to the lawsuit, Guy then confronted Martinez and "unloaded a canister of highly irritating pepper spray into Tony’s face and eyes,” then drove him to the ground and beat him with a tactical baton.

Martinez's sisters and father came running out from the bakery, shouting at the deputy that Martinez is disabled, but to no avail. Other deputies piled on top of Martinez and took him to jail, where he was detained for five hours.

Later, the sheriff's department called the family and apologized, but the Martinez family is pressing ahead with a lawsuit and demanding that Guy be fired. Antonio, they said, was traumatized by the incident and has since been afraid to leave the house.

Sheriff's department spokesperson Jan Caldwell said that Guy remains a department employee, but declined to comment on the pending litigation.

Watch 2013 video about a protest in support of Antonio Martinez, embedded below: