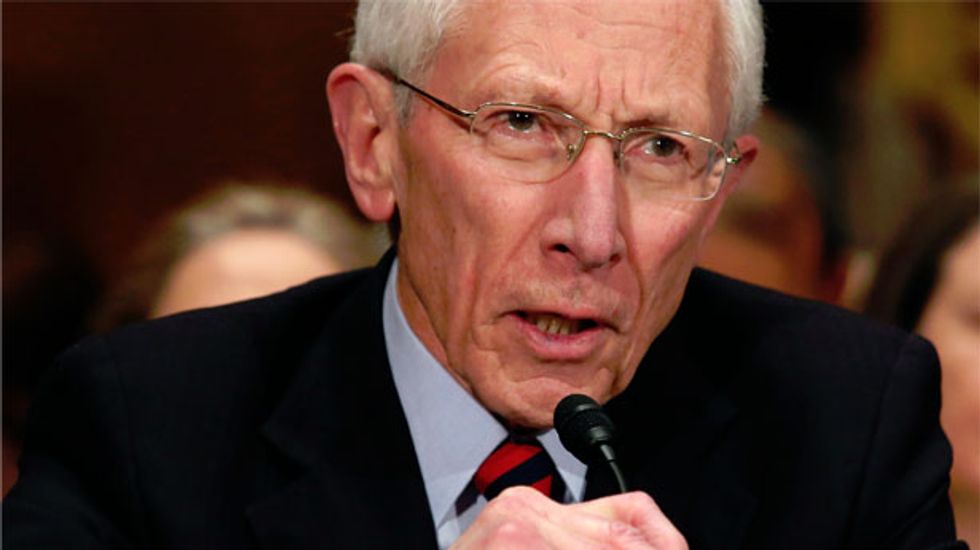 WASHINGTON (Reuters) - Stanley Fischer's nomination to be a member of the U.S. Federal Reserve's board cleared a key procedural hurdle in the Senate on Tuesday, virtually assuring that the noted economist will join the central bank within days.

The Senate agreed 62-35 to limit debate on his board nomination, allowing for a final vote just after midday on Wednesday. A separate vote on his nomination to be vice chairman at the central bank has not yet been scheduled.

Fischer is widely expected to win Senate approval, both as a member of the Fed's Board of Governors and as the central bank's No. 2 official.

The arrival of Fischer, 70, will help bring the seven-member board back toward full strength after a period when its membership threatened to dip as low as three with the departure at the end of this month of Jeremy Stein.

If confirmed for a four-year term as vice chairman, as expected, Fischer would be in a pivotal position as the central bank approaches decisions about the end of its stimulus programs and when to begin raising interest rates after five years of historically loose monetary policy.

The vote on a second nominee, former top U.S. Treasury official Lael Brainard, has not been scheduled but is expected in time for her to be in place for the Fed's next policy-setting session on June 17 and 18. Current Fed Governor Jerome Powell is also expected to be confirmed by then for a new term.

Stein's departure will still leave two vacancies for President Barack Obama to fill, allowing him a further opportunity to leave his long-term mark on the agency responsible for setting the nation's monetary policy. He has named all sitting members of the Washington-based board.

Fischer is considered one of the top economic minds of his generation, both for his academic work and for his policymaking. He was the No. 2 at the International Monetary Fund during the Asian economic crisis in the 1990s and was governor of the Bank of Israel through the global financial crisis a decade later.

Those experiences have made him a firm believer in activist central banking and the need for policymakers to be aggressive in trying to ensure financial stability.

"Since the Asian crisis and later when the critical importance of the financial system became so central, he has increasingly focused ... on financial stability and the dangers of the buildup of systemic risks," said Ratna Sahay, a top IMF official who served as one of Fischer's advisers on Asia policy.

(The story corrects to show vote was related to board seat, not vice chairmanship.)