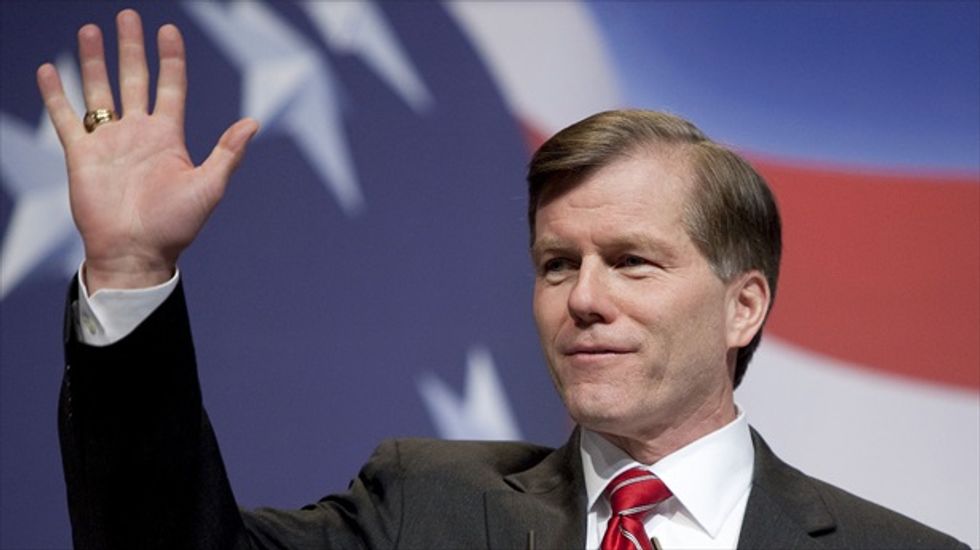 U.S. District Court Judge James Spencer also denied a defense motion to hold separate trials for the couple, who are charged with accepting about $165,000 from a Virginia businessman.

"Defendants have failed to meet their burden to show that a joint trial will result in a miscarriage of justice or prevent Robert McDonnell from receiving a fair trial," Spencer said in his ruling.

Defense attorneys had contended that the couple would not be able to testify on each other's behalf in a joint trial. They also had sought to have 11 of the 14 charges dropped.

McDonnell, a Republican who left office in January, and his wife are charged with conspiring to accept gifts, vacations and loans from businessman Jonnie Williams in exchange for helping his company, dietary supplement maker Star Scientific Inc.

McDonnell, 59, would be the first Virginia governor to be tried on corruption charges in modern history. Trial is set for July 28.

Much of the legal jousting has centered on whether what the McDonnells did was illegal or just unseemly. Lawyers have wrangled over the definition of official acts and whether the couple abused their offices to help Williams or extended him routine courtesies.

Stephen Farnsworth, a political analyst at the University of Mary Washington, said the trial and an impasse over passage of a state budget could have serious repercussions by damaging Virginia's reputation for clean and efficient government.

Defense lawyers, as well as five former state attorneys general, have argued that prosecutors are trying to criminalize politics with their case against McDonnell.

Supporters have estimated the trial would cost the McDonnells more than $1 million, and have started a defense fund.

Virginia taxpayers spent nearly that amount on legal fees for the former governor while he was in office and was fighting criminal charges.

Williams resigned in December as Star Scientific's chief executive. He has not been charged with any wrongdoing and may be an important witness for prosecutors.

[Image: Virginia Governor Bob McDonnell speaks at the Conservative Political Action Conference (CPAC) during their annual meeting in Washington on Feb. 19, 2010. By Joshua Roberts for Reuters]