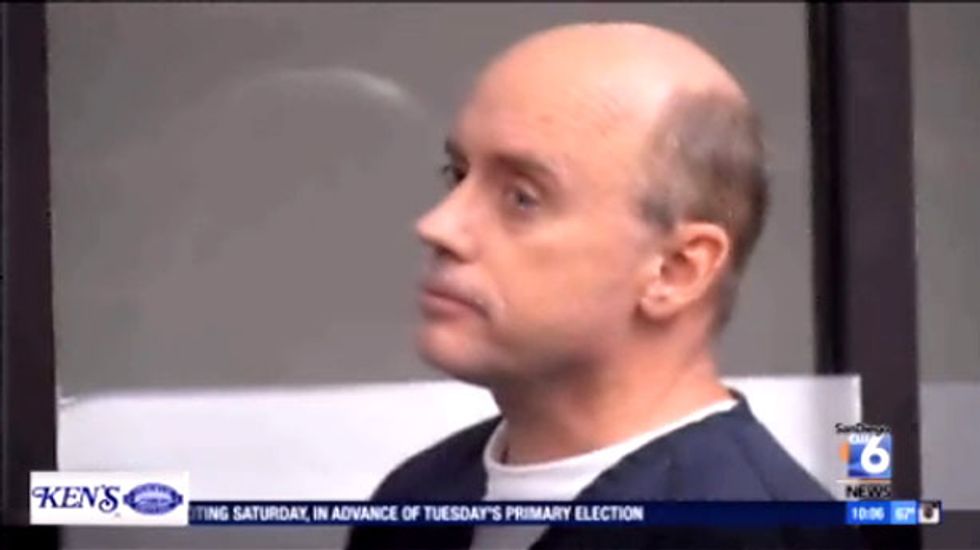 Jeffrey Barton, 56, who was charged with 16 counts of sexual abuse in October, pleaded not guilty to the new indictment, which added seven new charges and one new victim.

In the new indictment filed in San Diego Superior Court on Friday, Barton was charged with sexually assaulting four students of the Army and Navy Academy in Carlsbad, California, between the seventh and ninth grades at his private cottage and on various field trips, including instances where he used prescription drugs to incapacitate his victims.

One victim testified before a grand jury that while he and another student were on a snowboarding trip with Barton in 1997, he awoke feeling paralyzed to the sight of Barton sodomizing the other boy, Prior said in court.

The assaults charged in the indictment occurred between 1996 and 2001, Prior said. The individuals are now between the ages of 28 and 42 years old.

Barton was initially charged in October with sexually abusing two students from the academy based on testimony given by seven individuals who said they were victimized. Three had gone to similar schools in South Carolina and Tennessee where Barton had previously worked.

Judge Kathleen Lewis raised Barton's bail from $3 million to $6 million in light of the new allegations.

Barton's attorneys argued that the charges, secured by a secret grand jury, left him without the right to cross-examine those who testified.

"These are horrible allegations and now Mr. Barton has been denied the opportunity to confront his accusers and defend himself."

Prior said however that the secret grand jury process was done only to protect the victims.

"It is only about the victims in this case," Deputy District Attorney Prior said. "We are trying to get them closer the closure they need."